Leaving the Dark Wood of Error 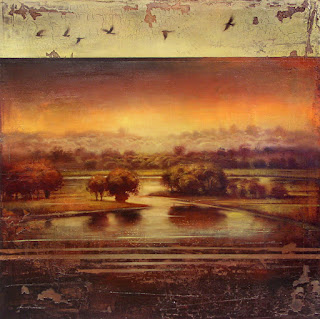 “If you could do it, I suppose, it would be a good idea to live your life in a straight line - starting, say, in the Dark Wood of Error, and proceeding by logical steps through Hell and Purgatory and into Heaven. Or you could take the King's Highway past the appropriately named dangers, toils, and snares, and finally cross the River of Death and enter the Celestial City. But that is not the way I have done it, so far. I am a pilgrim, but my pilgrimage has been wandering and unmarked. Often what has looked like a straight line to me has been a circling or a doubling back. I have been in the Dark Wood of Error any number of times. I have known something of Hell, Purgatory, and Heaven, but not always in that order. The names of many snares and dangers have been made known to me, but I have seen them only in looking back. Often I have not known where I was going until I was already there. I have had my share of desires and goals, but my life has come to me or I have gone to it mainly by way of mistakes and surprises. Often I have received better than I deserved. Often my fairest hopes have rested on bad mistakes. I am an ignorant pilgrim, crossing a dark valley. And yet for a long time, looking back, I have been unable to shake off the feeling that I have been led - make of that what you will.”

Cary Henrie is another artist whose work we were fortunate enough to be able to represent at the gallery in Santa Fe. To see more of his work: http://www.caryhenrie.com


Posted by Teresa Evangeline at 12:37 AM