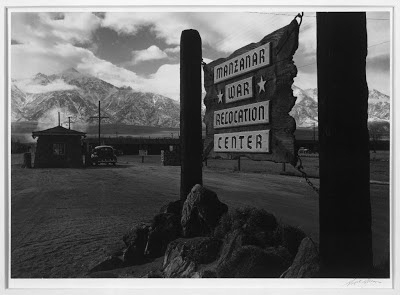 During World War II, not long after the bombing of Pearl Harbor, a decision was made by our government to intern Japanese-Americans at camps here in the U.S., mostly along the West Coast. These were not people who had done anything wrong, they were American citizens who just happened to be Japanese. For many years it was hard for me to wrap my mind around how our government could have done this. I knew they had, of course, had read about it several times, as through the years I'd made myself more aware of this period in our history. 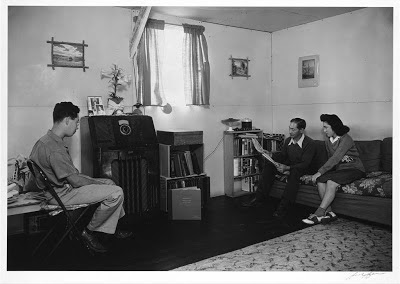 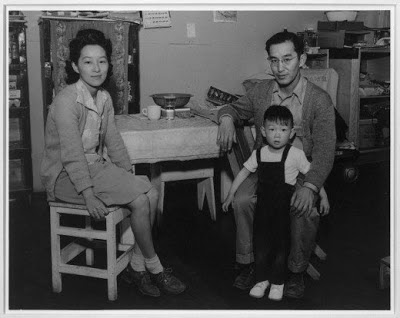 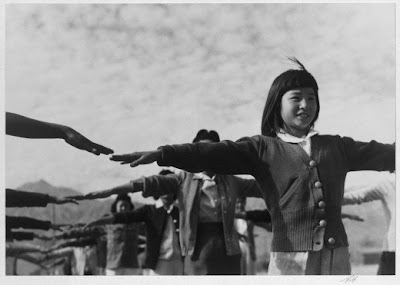 Then, several months ago, my friend, JB, in Utah, told me of his visit out in the desert near Moab to a place that had once been the location of what was termed an "Isolation Center." Basically, this was a prison for what were already prisoners, sort of a maximum security facility for Japanese-Americans who had run into some sort of legal trouble within the camps where they were interned, the pseudo-official story. These centers were also for those who were seen as potential trouble: rabble-rousers, malcontents, and protesters. Perhaps they had been seen as "belligerent." The prison itself had been razed and a marker erected to tell a condensed history of this place, sort of an X marks the spot, and everybody's sorry. 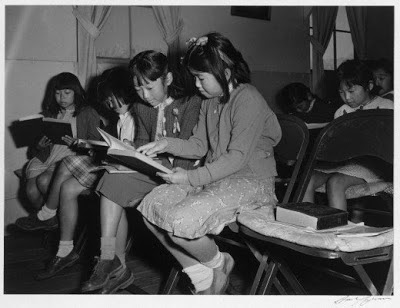 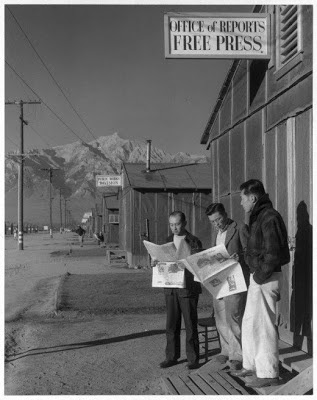 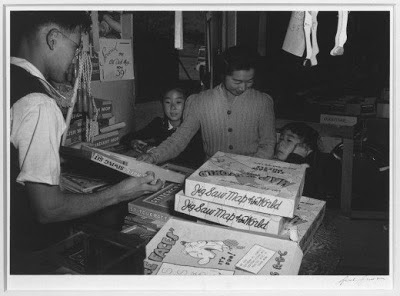 About the same time he told me of his visit to this place, I came across some rather arresting images of that time. In a two year period covering 1943 and 1944, photographer Ansel Adams paid several visits to a "relocation center" named Manzanar, which had opened in March of 1942, to take photographs of the camp and those who had been "relocated" there. Apparently, he knew the camp "director," and had been given permission to do so, with caveats, of course. Now, I have to say here, that the place looks very spiffy and well-kept. The inmates themselves (lets call them what they were) had obviously done a good job of creating a life out of this arid California land.  But, make no mistake, this was a prison. Barbed wire fences and guard towers were omnipresent. Told he couldn't photograph them, Adams took pictures from them, giving away their existence. He published these photographs in 1944 under the title, "Born Free and Equal." 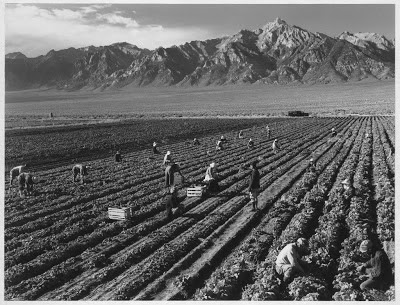 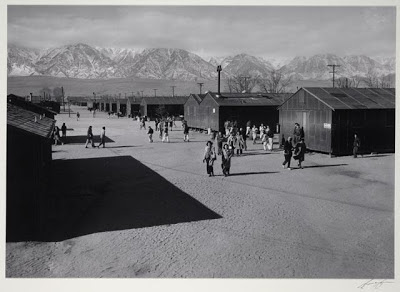 During their years at Manzanar and all the other camps spread along the west coast and Arizona, it's obvious they had made the best of what must have been an almost intolerable situation: imprisonment by the  hands of the government they were citizens of and towards which they had openly pledged their allegiance. Inside Manzanar, they planted gardens, raised chickens and hogs, held classes in calisthenics, did all they could for themselves within the confines of their existence. And they did it very well. But, I repeat, they were prisoners of their own government, of our own government. 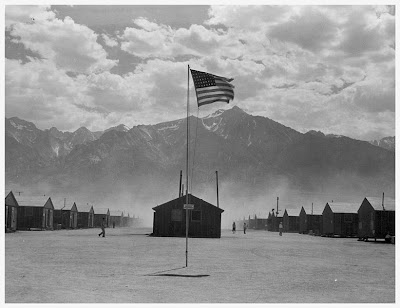 They were allowed to return home in 1944, but many had lost their homes, their businesses, all they had worked for as members of a community and citizens of this country. Perhaps it would be good to take a minute and place ourselves in their shoes, imagine life from their perspective, see it from their eyes, just in case we might be tempted to think it could never happen again ...

All images by Ansel Adams. I was particularly struck by the image of the woman holding the "jig saw map of the world."
Posted by Teresa Evangeline at 3:40 PM