For the Love of Ants 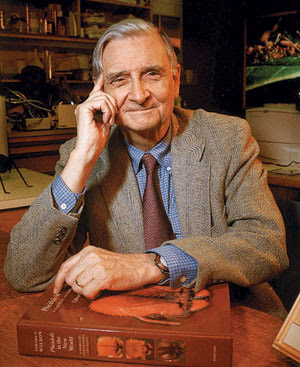 Like many children I enjoyed watching ants as they created their hills here and there, imagining what lay beneath the surface. No, I didn't have any desire for an ant farm. My sister, Jane, and I had already undertaken the care of two tiny turtles inside an ice cream bucket. We decorated their humble abode with various rocks, kept a bit of water in there for them, fed them flies, and hoped they would come to see it as home. But, even for the tiniest of creatures, home is where the heart is, and this definitely did not measure up. They perished under our less than stellar care, and so trying to contain any living thing inside a very small space had lost its appeal.

Several years later I discovered E. O. Wilson who has spent his life entranced by, among other things, ants. I read his autobiography and it reignited my appreciation for these little beings. I looked at them with wholly new eyes. So, it was not a surprise that I would be presented with an opportunity to witness them in a closer setting, that setting being a park bench in Santa Fe.

I was waiting for a friend and decided to sit on a bench a little further into the park. While doing so, I discovered a dead ant that had either been stepped on by me or another interloper right in front of the bench. I found myself feeling almost bereft at this discovery. I may well have ended this little beings life. I sat and watched and thought and, as I did so, I realized that a line of ants was forming several feet away and was heading in the direction of this now-dead ant. A single line had formed, as they're wont to do, but as they approached a rock (not large, but it may have seemed insurmountable to them), they split off temporarily and moved around the rock in two lines, then reemerged on the other side of the rock as a single line again.

They approached the ant and the line stopped. I watched as five ants circled the dead ant, then moved off to the side, formed a small group and began talking over the situation. No, I couldn't make out what they were saying, but a discussion of sorts was actually taking place as they faced each other. I watched in rapt attention.

These five ants again formed a circle around the dead ant. Then, yet again, another small circle of discussion was held off to the side. Decisions apparently had to be made. Soon, four of the ants moved around the dead ant, positioned themselves, picked up the dead ant, lifted the ant above their shoulders (what can I say? It's how it appeared), and carried him away under the watchful eye of the one ant whom I refer to as the funeral director. Then, the long line of ants (one might assume solemnly, but maybe rejoicing and celebration was in order in their world) followed them back in a single line.

I couldn't move, nor did I want to. I sat there transfixed by what I had witnessed. When my friend showed up I really couldn't even speak of it. It felt as though I had just witnessed something too wonderful for words. But, a couple of days ago a friend mentioned his own love for ants and now it seems like a good time to mention it. It was, after all, a beautiful affirmation of life.

The image, of course, is of dear Mr. Wilson.
Posted by Teresa Evangeline at 11:55 AM