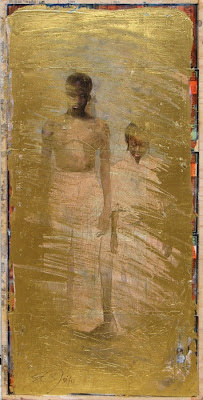 One day, while I was sitting at the desk in the art gallery in Santa Fe, a man came in, looked around briefly and then stopped in front of the desk. As he stood in front of me, I had this odd sensation that I knew him, although I also knew we had never met previously in this life. It happens from time to time. It was a feeling  more than appearances that brought me to this mystical yet tangible conclusion. I can't be absolutely certain, as we never spoke of it, but I can say with a fair amount of certainty that he felt the same. You can just tell when that recognition takes place between two people who are open to it.

As he introduced himself, I also realized his name, Earl B. Lewis, sounded familiar, although I had no recollection of hearing it, or where I would have heard it. He was a watercolor artist and also a children's book illustrator of some note. Perhaps that explains that, but it doesn't explain the feeling I had. It was a feeling I experienced a few times in the gallery through the years. It was as though Santa Fe and that gallery was a meeting place for many people who were coming around again, back into each other's lives in a way that just seemed to be perfect for that time and place, that particular set of circumstances. 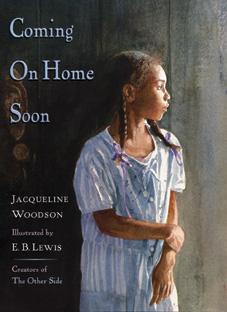 I was very fortunate to have a position in which the owners of the gallery trusted my responses to art and I was able to play a part in who was selected by the gallery for representation. As soon as I saw E.B.'s work, I knew it was something we should consider. Actually, for me, it would have been a done deal right there. The owners were more hesitant as we didn't deal often in the medium of watercolor. There seemed to be a more limited audience for this work. So, no decision was made. I was disappointed, and time went by. 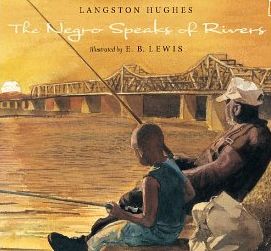 About a year later, Earl stopped in again. For whatever reason, this time the owners agreed. It was time to bring Earl aboard, to represent him and his beautiful work. We would handle both the original illustrations for his books and other fine art as he made them available. I cannot tell you how happy I was. I can't explain it, but something was happening that was beyond what was happening. And, no, it was not a personal thing, although he is a beautiful man, no, it was something else. 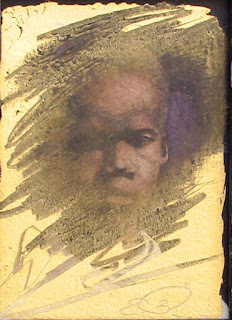 Every summer we would have shows with receptions for the artists. Just before his shows, Earl would come to town with new paintings, resulting in an interesting evening with many sales of his work. Several people became so enamored they became collectors. I'm grateful for that for a number of reasons. Numbers playing a part, but also that nameless something that made me want to be a part of this artist's work and do all I could to bring it into the hands of others who would appreciate it, really see it the way I did.

One summer, Earl came in with several new paintings for his upcoming show that were based on homes he had visited that had once been on the Underground Railroad. They were going to be used in what we call a "coffee table book." As we set them around the perimeter of the room to view them, my eyes were drawn to one particular painting. Taken as a whole they were beyond moving, but this particular one took my breath away, quite literally. It was a painting with a view from inside a hiding place, looking out at the world just above it. It was simple and yet so powerful. An entire history of a people seemed contained in that one watercolor, that most ethereal of all mediums. Earl certainly must have known that this was an extraordinary body of work, and I suspect he knew what my response would be.

I was almost overcome with what I can only say was a belated sense of grief. There are no other words to describe my extremely visceral response. I had to walk out of the room to collect myself, but took only a minute to do so, realizing that this white chick, me, had better pull herself together. I wasn't sure I deserved to feel what I felt. Unless I did. As I walked back around the corner and into the room, Earl was waiting for me with an outstretched arm. He gently pulled me inside the crook of his arm and just held me there while I silently wept. He understood. We both did, for reasons that will forever be impossible to articulate. Sometimes, you just know.

While I was doing a little research online, finding images to include in this post, I ran across this video that tells you more than I can about the person Earl Lewis is, and illustrates this amazing new body of work he's done. Compassion. That's Earl Lewis.