Could We Just Dispense with Celebrating All Anniversaries? 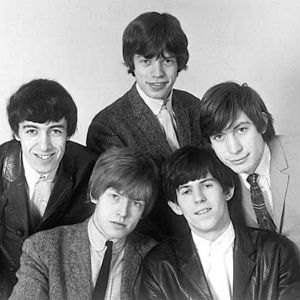 The first time I recall seeing any mention of the Rolling Stones was on the cover of a magazine my friend, Kathy, absconded with from the back of her parent's grocery store. We went outside and pored over the story (but mostly the pictures), and my world of music, which had centered at that point around the country music I'd grown up with and a few groups like The Beatles, along with The Dave Clark Five and Herman's Hermits, suddenly expanded by leaps and bounds.

The first album I bought for myself was by the Rolling Stones. I wasn't giving up country music, I still sang along to "Crazy," by Patsy Cline and my feeble attempts at songwriting were always country flavored, but if anybody asked, I "listened" to the Stones.

Through the years, I still listened but never became a die-hard Stones fan. I liked many of their singles, but wasn't, by any stretch of the imagination, an album collector. Now, for some reason, I'm listening to this new song. It has the ring of the old stuff. In case you haven't been introduced, please allow me... It's not "Sympathy for the Devil," but I like it:


And where, pray tell, did those fifty years go?


Posted by Teresa Evangeline at 9:31 PM