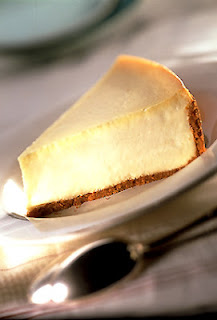 When I was 13, my sister Jane and I (I don't want to include those pesky commas and you can't make me) went over to Wisconsin with our parents for my father's family reunion. We didn't go anywhere very often, let alone over to another state, but it was the last time his family would be on the original homestead and so it was reunion time. The oldest brother in the family, who had lived there for years, was selling it and moving to town. His wife, we discovered, wasn't handling it very well, and so, when we arrived in the evening she was nowhere to be found. Jane and I went exploring along the river while the grown-ups stood and talked in the yard. At some point in our discoveries, we discovered her hiding behind a shed. In those days, unbeknownst to us, she'd been finding solace in the bottle, until solace turned into something else which showed up that evening along the Yellow River.

She came out of hiding and we stood by in silence as she wept and threw her arms around our father in utter and complete dejection. That and drunkenness. I do not say this out of anything but affection for this dear woman who always wore jewelry and bright red lipstick, and looked like an aging star. To my sister Jane and me, that's what she was and what she will always be. But in that moment we saw something we didn't understand. Not at the time. Turns out, leaving a home you've known pretty much your whole life isn't an easy thing to do.

I've told you before about that night in the cabin on the river, one of the coldest I've known. It was the same cabin in which my grandfather lived, until one day he took his shotgun out and ended his life, back in 1957. It had been a tough life. He'd turned to the bottle after he lost his leg in a logging accident. Then, he lost his wife to cancer, understandable given those circumstances, which took him even further into those dark Wisconsin woods. He would sometimes - my mother told me, not my father - take off his wooden leg and beat my father with it. Not long after that, my father left home and was on his own. He was 12 years old. But, those are stories for another day.

I'd like to add here, that my grandfather would like to be remembered not for those times, but for who he really was and is. He died when I was only 3 and so I never knew him then, but I've seen the photographs. In those early days, he had such kind and beautiful eyes. Inside those eyes is where his true self lived, and still does.

But, that's not why I started to write this. This is supposed to be about the first time I ever ate cheesecake. So, I'll try again....

The following day was the day of the reunion and the yard was full of aunts, uncles and cousins. Sometime in the afternoon, my cousin, Donnie, who looked like Howdy Doody and was almost as nuttily pleasant, tried to convince me to eat a piece of cheesecake. I had never heard of such a thing and had no intention of doing so, but he was so darn convincing and I prided myself in a willingness to try just about anything, so I finally caved in and ate a piece. Nothing fancy-schmancy. Just cheesecake. No fruit. Baked in an oblong metal cake pan.  But, what a revelation! Cheese cake? How could this wonderful thing be? After that first piece, I wanted another, and then another, but I managed to show some restraint and walk away, still filled with longing for just one more bite.

Alas and alack, I made up for it later and now it's not allowed in the house except on special occasions. Is the autumnal equinox a special occasion?  I was just wondering....

I suppose I should bring this back to my grandfather now, so I'll just say, I'm betting my grandfather has learned to love cheesecake, much more than the bottle. As a matter of fact, I know he has.

Mmmm. Cheesecake, Sting, and "Be Still My Beating Heart." It just looks unrelated.


The image is borrowed from Mr. Google.
Posted by Teresa Evangeline at 5:07 PM