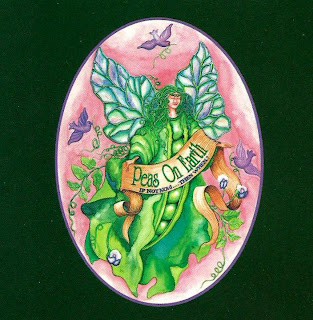 Somewhere between 4:00 in the morning, when I first got up for the day, and now, sitting here a few hours later, I laid down on the couch, fell back asleep and dreamed. No, I don't do that often, but when I do, dreamland seems even more real, more accessible.

I was in a city that I've dreamed of before, but have never actually inhabited in this reality. I know this city only from my dreams. While there, early this morning, I inquired at the house of a landlady I knew in the city, remembering how much I had liked where I'd lived before and was hoping she still had that place or something similar available again. She did. And so I found myself back at my old apartment in an interesting old building, an apartment of hardwood floors and several rooms strung together with a long, inside hallway, each room with large windows overlooking the small city three stories below. I know these streets, have both walked and bicycled them many times, which is something I have never done in real life. The city has an old world feeling to it, but is in somewhat modern times. I stand at the windows looking down. I'm glad to be "home," again.

Then, I'm sitting at an outdoor table with my friend, Amy, who passed on several years ago. The sun is shining brightly and a man I know, but have never met in this life, is introducing me to two young men that we all know I've met before, but because this is a new dream we silently acknowledge this and introductions are knowingly made anyway. One of the young men, probably in his late 20's, has a thick shock of already graying hair and seems shy or maybe a bit unsure why we are being introduced again.  We all know each other already.

While walking by a busy pier of sorts, I see an old friend whom I've met in previous dreams, and only in dreams. We greet one another and are happy to see each other again. We then both move on, into the day and the dream as life is bustling right now and it feels good. The sun is shining and it's a beautiful day.

I could describe this friend to you, could even pick him out in a crowd, but haven't actually met him in this life. Perhaps we are yet to meet. That's happened you know, perhaps to you, too, this meeting people in dreams, seeing them so clearly and knowing them, and then they show up, sometimes years later, in this life.

That dream fades and my friend, Amy, and I are walking down a side street - it's autumn in Santa Fe - and we are making our way slowly to the Pink Adobe Cafe, a new and  smaller version of the older one that has recently opened next door for light lunches. We are going very slowly as Amy is showing signs of frailty and is feeling weak. We don't know that she will be gone from this life as we've known it in just a few short months. She is fighting hard to remain in this life she loves so much. We are fighting together for her, but fear sometimes creeps in and makes for awfully disquieting silences. We sit together in the silence and the sunlight that's pouring through the large glass doors near the table where we are sitting. The dream expands into pure light and I wake up.

Perhaps it's time to tell you about Amy. I've been keeping her story for the right time. I think you're going to like her as much as I did, and do.  More so, every day.

I'll be back tomorrow.

Posted by Teresa Evangeline at 10:14 AM