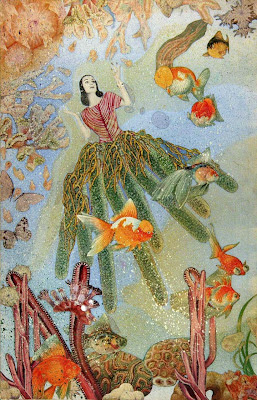 This morning no sound but the loud
breathing of the sea. Suppose that under
all that salt water lived the god
that humans have spent ten thousand years
trawling the heavens for.
We caught the wrong metaphor.
Real space is wet and underneath,
the church of shark and whale and cod.
The noise of those vast lungs
exhaling: the plain chanting of monkfish choirs.
Heaven's not up but down, and hell
is to evaporate in air. Salvation,
to drown and breathe
forever with the sea.


~ Bill Holm, from The Chain Letter of the Soul: New and Selected Poems


Bill Holm was a Minnesota poet (1943 - 2009). His poems have been popping up here and there for the past few weeks, and it's as though I'm seeing him, reading his words for the very first time. I had trouble deciding which poem to share tonight, but this one asked so quietly and it felt so right.


Posted by Teresa Evangeline at 9:15 PM