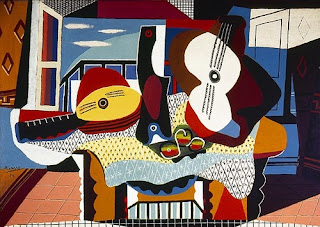 The other day, Old Jules left a comment that included the title of a Guy Clark song I was unfamiliar with, so I looked it up and found a great video. I  love the song and the images to go with it. Pablo seems to be swirling around in my head these days, for an undetermined reason.

Sometime back in the spring of 1980, I hornswoggled my then boyfriend, George, who later had the misfortune of becoming my second husband, into going to Minneapolis to catch the Picasso exhibit at the Walker Art Center. His somewhat tongue-in-cheek response to my request?  "He makes funny guitars."  But, we went anyway, with the promise that the weekend would include other activities. Turns out, he actually enjoyed it. He told me so.

Along with seeing a great bunch of paintings and feeling a part of the Bigger Picture by being there, I scored a Picasso T-shirt. By scored, I do mean purchased. Shortly after our return, in a matter of days, the Picasso family legally stopped production. Apparently, the company producing them didn't ask permission for misusing his name on something as lowbrow as a T-shirt.  This morning, I took it out of the box of memorabilia where it's been languishing, took pictures, and decided to show it to you. What the hey. I've thought about framing it, but then I wouldn't see the back, so it's going on a hanger in the hallway, next to my handbag collection.  Here it is, wrinkles and all. And smaller than I remember. How did That happen? 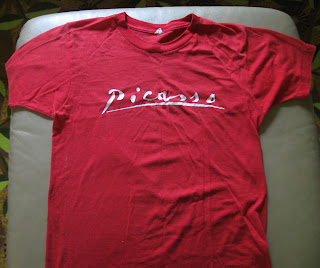 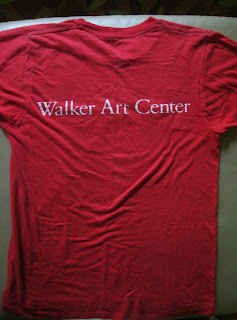 Here's Guy Clark and "Picasso's Mandolin."  I think you'll like it. It has a catchy tune and some fun lyrics: http://www.youtube.com/watch?v=0UmdSiJMrgc

And, here are some more of Picasso's mandolin paintings: 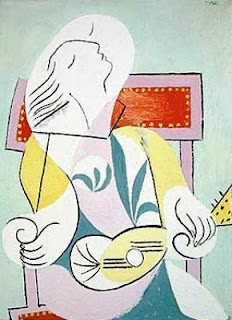 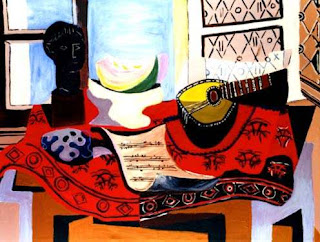 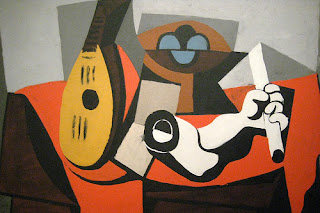 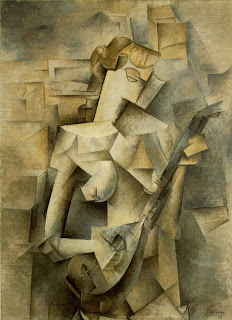 Old Jules can be found at So Far From Heaven on my sidebar.
Posted by Teresa Evangeline at 2:13 PM