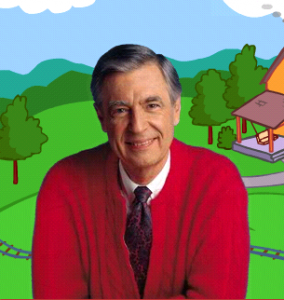 My neighbor, who has one of the most beautiful vegetable gardens, caught me outside on more than one recent morning, while either hanging clothes on the line or trying to convince Buddy to stop chewing on Mama, and offered her surplus of green beans, cucumbers and zucchini. Nobody in their right mind would say no to organic veggies, and despite what someone might say about the state of my mind, I gladly said yes.

Those cucumbers are the definition of delicious. Better than candy. I've sauteed some of the zucchini, but a few found their way into zucchini bread. The recipe called for two loaf pans and I only had one. It offered as a second option a bundt cake pan. I've never been part of the bundt cake pan crowd, but I remembered that the lady who owned this place before me had inexplicably left one behind (I love that the Universe handles the details). I didn't have walnuts, either, but I did have pecans and so they went in as a replacement. I actually prefer them to walnuts and they worked out more than fine. I ate some, I froze some, and I'm giving some away. I didn't offer any to the neighbor, as she had already concluded at the outset that she had enough zucchini bread of her own making. Thus the surplus.

I hadn't snapped beans for awhile, but I dove in with the precision of a factory worker, snapping away, boiling water for blanching, followed by a cold water bath before freezing. I found a little curly bean amongst them and it made me laugh out loud. Just finding joy in the simple things in life, and getting pretty good at it (let's not go back to that right mind thing). A friend had sent me a late night link to some great rockabilly music and so I snapped and danced in the kitchen, while Buddy slept under the table. He never gets too far from the action. He opened one eye, realized it was only Mama going a little bit crazy, nothing too much to worry about, and went back to sleep.

Now, on to the apples, the ones the bears didn't get. Yeah, they're here, back again for another summer of pickin' and poopin'. With Buddy here, I'm glad they're working that tree either late at night or very early in the morning. There aren't as many apples as last year, it tends to go that way, so I'm thinking apple pies.

It's a beautiful day in the neighborhood and Fred Rogers just crossed my mind. Wasn't he a kind, good soul?  I read an article about him in Esquire magazine many years ago, around the time he passed on, and I was so taken with his goodness, his clear vision of life. Mr. Rogers and his red sweater, zucchini and green beans, cucumbers and apple eating bears, all on a Saturday morning in late August.  I love my life.

This was my breakfast: 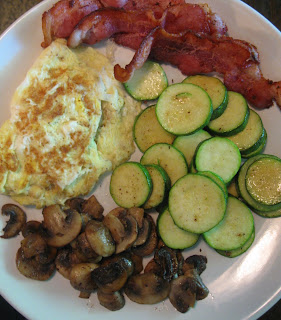 I went a little hog wild.


Posted by Teresa Evangeline at 1:14 PM