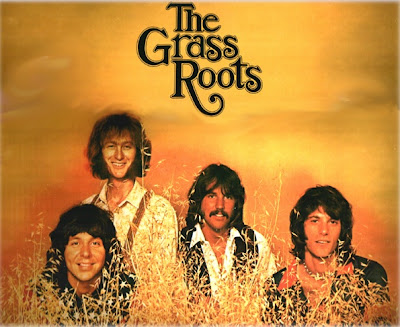 In the summers of my youth, I spent an inordinate amount of time hanging out at a resort on Leech Lake, here in Minnesota. It's a terrible name for a beautiful lake. On its southern shores, there's a little town called Whipholt. It's mostly a residential area with the resort as its focal point. At the edge of town there's a long sandy beach where I hung out on a fair number of summer days. On one of those summer days, an afternoon in late August, I lost my virginity on a grassy hill overlooking that beach.


My boyfriend, who later became my first husband, worked at the resort. After he was done bailing and gassing up boats, cleaning fish and mowing the lawn, we would hang out with other local kids, along with a few who were vacationing at the resort with their parents. A garage at the resort had become a sort of rec room: a table with a few chairs, a ping pong table, and most important, a jukebox. The jukebox didn't get much rest, it was well-fed, but for the life of me, the only song I can recall now was, "Let's Live for Today," by The Grass Roots. It became our anthem that summer.

Many years later, sometime in the late 1990's, long after that husband and I had gone our separate ways, I went to a Fourth of July celebration where The Grass Roots, on a reunion tour, were performing in the bandstand. There they were, alive and well, still looking and sounding almost as good as they had thirty years earlier. They encouraged us to sing along, and we did.

Later that night, on another grassy hill, I sat with another husband to be, as we watched the fireworks rain down around us.

This summer, on July 11th, Rob Grill, lead singer of the band, moved out of sight on this River of Life, and it brought to mind that long ago summer, sitting on a table in a garage, listening to the jukebox, and becoming all too aware that my boyfriend and a girl named Helle were more friendly than I was comfortable with.


I wouldn't want to be young again for all the tea in China. But I sure do like this song:

For those who might be interested: their guitarist at the time, on Rob's right, is Creed Bratton, an actor now, who plays one of the guys in, "The Office," with Steve Carrell.

Posted by Teresa Evangeline at 2:53 PM