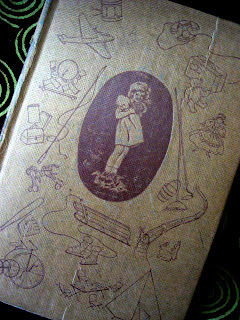 This love affair with automobile as escape pod seems to have begun inside a Model A (or was it a Model T? I'm never certain which is which) some time back around 1959. Someone had parked it in the meadow behind the corn crib many years before I turned the metal handle and hopped inside, looking for a ride around the world. From inside that car anything seemed possible. I had no specific destination in mind, but the West began calling my name pretty early on, especially the Southwest, a place of deserts and canyons and perpetual blue skies. My earliest books told the tale, with titles like, Honey Bunch: Her First Trip West. I signed and dated them even then. 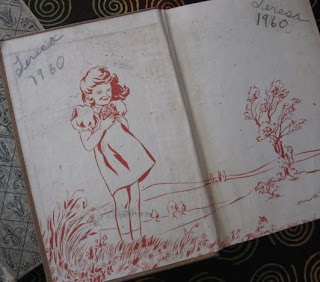 When I was 14, my friend, Rusty, who came up from Des Moines every summer to visit, taught me how to drive behind the wheel of his turquoise and white '57 Chevy. With wheels beneath me and the road ahead, spooling out into the wild blue yonder en route to Roosevelt Lake, my training began.

When I got my license at 16, the car became my escape pod and remains so to this day. If there's a need to get my head on straight, and walking doesn't quite cut it, I get behind the wheel and drive, no destination in mind, just the road melting away anxiety and shaking off any blues trying to get attached. It's always been that way. I used to spend time feeling guilty about it, mainly because others saw escaping as something to be frowned upon. But I say, a little escape can be good for the soul and others no longer decide what I'm supposed to feel guilty about, I do, and it's pretty much next to nothing, and never for very long.

Lately, my time behind the wheel seems less needed. But, like an emergency plan, my car is always ready, waiting for me to turn the key in the ignition. And, apparently, I have not been alone in this need for an escape pod, this sacred place of solitude. For many of us, this need starts early.

in their chairs, the most serious of them all
said it was his car,
being in it alone, his tape deck playing

things he'd chosen, and others knew the truth
had been spoken
and began speaking about their rooms,

their hiding places, but the car kept coming up,
the car in motion,
music filling it, and sometimes one other person

to speak, or to answer, the key
in having a key
and putting it in, and going.

~ Stephen Dunn, from Between Angels 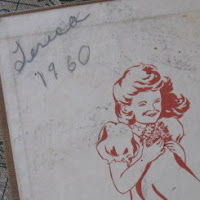 Posted by Teresa Evangeline at 1:34 PM