Dancing While the Coffee Perks 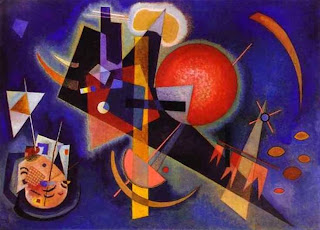 Yesterday, in a phone conversation with a friend, we were talking about how there's nothing quite like music and literature to bring people together, the perfect conduits through which we can experience our connection to Source and to each other. Art, absolutely, but our reactions to a painting tend to be quite individual and the creation of it a more solitary activity. There is a place, if not a need, for personal accomplishment, that individual expression of creativity, but we were looking at the energy that forms around a collaborative effort and how that energy can expand through the light that's emitted in that effort. There's something about a good song, or a good poem shared between two or more people that gets the energy moving more easily than anything else. At least, that was the conclusion we drew.

He sent this video to me, knowing I would have the same reaction he did. Are any of you aware of Daryl's House? That's Daryl Hall, of Hall and Oates. He's been doing these informal jam sessions for about five years, apparently. They include a wide range of musicians, all performing at his house. It's sort of a live music blog that takes garage band to a whole new level. I've heard this song many times, you probably have too, but I had not heard of Patrick Stump. What a great version of this classic R & B song. Shortly after 6:00 this morning, it was still fairly dark, the light was just barely breaking through the trees, and I was dancing in the kitchen to "What Becomes of the Broken Hearted"  while the coffee perked. Not a bad way to begin a new day. I highly recommend it.

Painting by Wassily Kandinsky. For more images and quotes: http://teresaevangeline.blogspot.com/2012/01/listening-to-inner-need.html


Posted by Teresa Evangeline at 7:59 AM