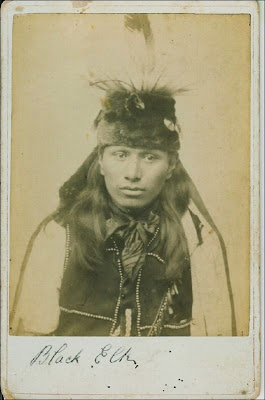 This morning, I find myself still wrestling with the world. Every moment there's a choice to be made.

I need to get better at this.

When I pulled back the drapes to let in the first light, I noticed a slight movement under one of the large Norway pines in the back yard. Two deer were bedded down under it. Their ears twitched as they became alert, but as I settled in so did they. When I looked up a while later they had moved on.

Yesterday, in an attempt to move beyond the rising anger I was feeling I re-read several things attributed to Black Elk, the great Lakota Sioux who, through visions that came to him as a child, helped build an awareness around Native American spirituality. His story is both sad and uplifting. It is reported that at the age of 12 he fought at the Little Big Horn and later was injured at Wounded Knee. He said of that time:

I can see that something else died there in the bloody mud, and was buried in the blizzard. A people's dream died there. It was a beautiful dream.

Rather than stay with that thought I'd like to dwell on those things he shared that can bring healing. Perhaps a dream can be reborn. His words remind me of the value of staying in the light, choosing it as often as necessary until we realize it is our very nature.

Crazy Horse dreamed and went into the world where there is nothing but spirits of all things. That is the real world that is behind this one, and everything we see here is something like a shadow from that one. 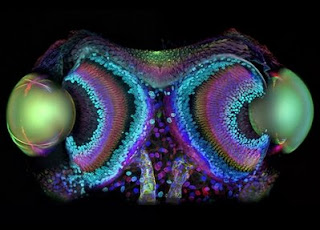 You have noticed that everything an Indian does is in a circle, and that is because the power of the world always works in circles, and everything tries to be round ... The sky is round, and I have heard that the earth is round like a ball, and so are all the stars. The wind, in its greatest power, whirls. Birds make their nests in circles, for theirs is the same religion as ours ... even the seasons form a great circle in their changing, and always come back again to where they were. The life of a man is a circle from childhood to childhood, and so it is in everything where power moves.

The first peace, which is most important, is that which comes within the souls of people when they realize their relationship, their oneness with the universe and all its powers, and when they realize at the center of the universe dwells the Great Spirit and that its center is really everywhere, it is in each of us. This is the real peace, and the others are but reflections of this.

So I will keep practicing moment by moment, day by day - choosing peace, seeing beauty. Perhaps there is no more important work on this planet.

All over the sky a sacred voice is calling your name. 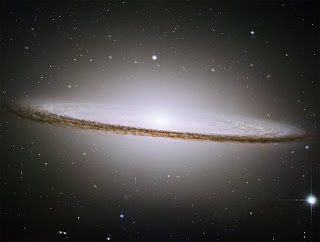 All italicized quotes are from Black Elk.


Photos are from google:
Black Elk
The eyes of a Daddy Long Legs
The Sombrero Galaxy

Posted by Teresa Evangeline at 10:13 AM