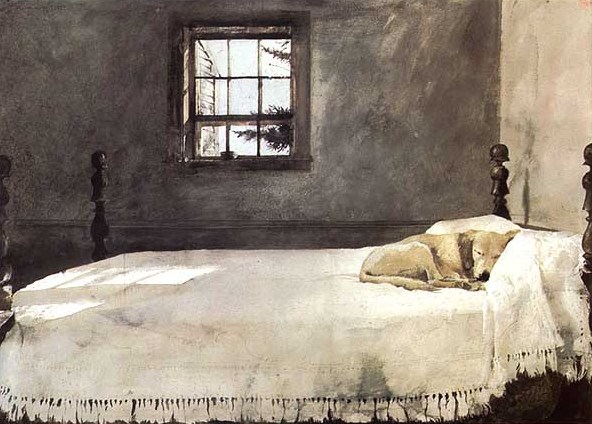 Yesterday was a good day. In fact, a very good day. Just as I was heading out, my friend, Michael von Helms, artist of the "Open Boat," and fellow Bedoin of the soul, called and asked if I'd like to have a late breakfast or lunch. I mentioned that I was on my way to El Tesoro and would meet him there in twenty minutes.

Our lunch turned into almost two hours of talk about art, literature, life, and all that jazz. We tend to cover the gamut. While talking about the need for a creative process in our lives he mentioned that with the challenges in his own life and in this economy he may well be leaving painting behind. He would find another avenue for creative expression. He is well-armed for that, but still ...  I recalled him saying in a phone conversation a few months ago that he knew several artists whose, "lights are going out one by one." This news made me sad, sad for him and all artists who are struggling to continue on their path over such rugged economic terrain. We need our artists. They represent and provide spiritual sustenance. Yes, it can be found in nature, absolutely, but I like knowing there are people in this world who mirror that, each in their own unique way.

We also talked about our mutual love of music and how he uses it while in the studio, noting that several artists later in life chose silence to accompany them while painting. We talked about the folks of Appalachia who sing in that high lonesome sound, folks like Gillian Welch, and how music can shape our day, our lives.

As I drove away, down Guadalupe and onto Cerrillos Road, I decided to stop in at Book Mountain, the used book store I had planned to go to earlier in the day. Michael's invitation rearranged my day ever so slightly and for that I'm very grateful. Let me tell you why.

When I got there, sitting inside was a circle of ten people, each with at least one musical instrument. There were several guitars, a dobro, a fiddle, a mandolin, a banjo, and a bass. Oh yeah, there was even an accordion.They were playing and singing folk and traditional music. They asked me to join them. One of them pulled a chair into their circle and I sat down. What followed was almost two hours of picking and singing and yes even some grinning. They were a fun and diverse group of people who meet once a month with an open invitation to anyone who'd like to join them.

I'd met the owners of the book store previously, Tom and Peggy, who also originate from Minnesota, but have lived in Santa Fe for many years. There was a woman to my right who was from Wisconsin and the man on my left was from Maine. We shared our stories in a few words. Amazing what you can learn in a short time. They went around the circle with each introducing a song and then all would join in singing and playing. I knew almost every song and sang along, too. They asked me if I had a request and the first song that popped into my noggin was John Prine's,"Speed of the Sound of Loneliness." Turns out that one of the guitar players knew the entire John Prine songbook and we were off and running. Everyone knew it. It's a sad song, but we sang it with gusto. 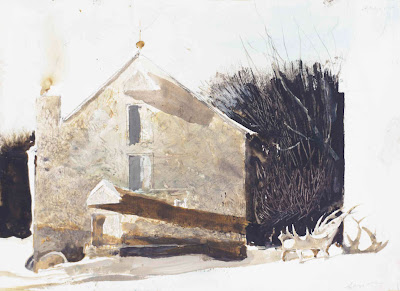 What a beautiful gift from the universe the day was. Perhaps setting forth the idea that it was a good day from the get-go allowed for this to emerge, bringing with it a clear reminder of why I love Santa Fe. Good things can happen anywhere, at any time. We just have to be open to it. But Santa Fe, for me and for so many folks, seems to arrange these serendipitous encounters that point to something larger at work in the world. Those big, blue skies certainly create the right atmosphere. And, Michael's invite made the timing flawless.


P.S. I've always liked Nanci Griffith's version Of John Prine's song, in which he sings back-up. It comes from her classic album, "Other Voices, Other Rooms," a tribute to many great folk artists, the title of which is taken from the Truman Capote novel by the same name. So, I can't resist sharing a video with you of the two of them together. It's one of the coolest music videos I've seen. There are ruins and tombs and angels on roof tops. And there are feathers, white feathers. I think you'll like it, too.


Paintings: Andrew Wyeth.
Posted by Teresa Evangeline at 11:06 AM