Patti Smith and A New Perspective 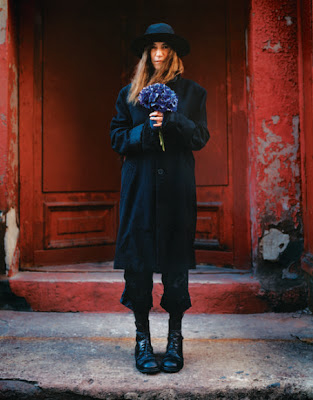 The day after the National Book Awards were announced, with Patti Smith receiving one for her memoir, Just Kids, about her friendship with Robert Mapplethorpe, among other things, I knew I had to read it. Despite the fact that I had never been terribly enamored of their work as artists, I drove down to the nearest independent bookseller to see if I could score a copy. They had one copy. It was mine. I was excited, but I didn't know why.

Patti Smith's music and performance art isn't necessarily my thing, but what I have come to appreciate about her, and even more so now, is her completely self-effacing manner. I know that sounds paradoxical, given her life, and it is. That's the beauty of it, of her. Jeffrey Brown interviewed her for PBS a few weeks ago, shortly after I bought her book, and it altered my perceptions of her. She is one cool drink of water, so refreshing among the self-aggrandizement all too often found in the art world. 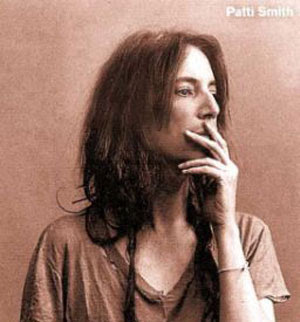 A few years ago, I attended an opening for an artist friend whose work was being represented in a group show over on Second Street in Santa Fe. It was a new gallery and I wanted to be supportive, plus I thought it would be a fun outing. I had passed by this square piece of wood and glass sitting on the floor more than once, not realizing until about my third pass-by that the glass box contained a person.  A real live person, scrunched into this square, like Harry Houdini experimenting with confinement, waiting for the perfect time to free himself. I know this was supposed to be about Something. Something Important. But for the life of me, all I could ask was, 'Why?'

Now, I'm not opposed to performance or installation art, but it sometimes seems to have gone off the deep end where art and ego meet. For many years I held the opinion that Patti Smith and Robert Mapplethorpe fit into this category. But, that was my category, and although Mapplethorpe did seem to yearn for the fame and fortune that goes with being discovered in the art world, in Patti Smith, I was very happy to discover that beneath, or instead of, my perceptions, was a living, breathing person who simply knew she had been called to create.

She writes:
"In my low periods, I wondered what was the point of creating art. For whom?  Are we animating God?  Are we talking to ourselves?   And what was the ultimate goal?  To have one's work caged in art's great zoos - the Modern, the Met, the Louvre?
I craved honesty, yet found dishonesty in myself. Why commit to art?  For self-realization, or for itself?   It seemed indulgent to add to the glut unless one offered illumination.
Robert had little patience with these introspective bouts of mine. He never seemed to question his artistic drives, and by his example, I understood that what matters is the work:  the string of words propelled by God becoming a poem, the weave of color and graphite scrawled upon the sheet that magnified His motion. To achieve within the work a perfect balance of faith and execution. From this state of mind comes a light, life-charged." 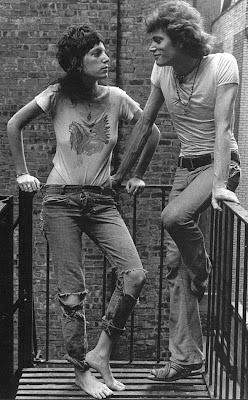 I didn't read it right away. I put it on my stack and thought I'd know when it was time to open it. About six weeks went by. As I was packing for this road trip I put it in my bag, knowing the trip would produce the right moment. That was three days ago. I savored it, sentence by finely written sentence. I even put it down mid-sentence, just to forestall the coming conclusion, to elongate my pleasure at finding such a great read. It reminded me of my own youth, wanting something more, to experience all life has to offer. I may have mentioned a time or two, I got bit by the Kerouac bug early and hard. Sam Shepard, Gregory Corso, and her endless fascination with Rimbaud, all spoke to me of my own lingering obsessions.

I have always been enamored of the creative life, the passion of painters and poets, of musicians and songwriters, purveyors of all things beautiful, people who knew from the beginning that they were called to be artists, people who show us the world through their eyes, and in doing so, show us the world again through our own, perhaps for the first time.

I tried a few of these paths, paths that I knew, ultimately, would have taken me too far from home, too far from my true self, or too deeply into someone else's life; I had experiences and relationships that reinforced my love of the creative process and helped me to understand what drives people to do what they do with such passion. They even called forth some of my own. In the end, I kept what worked and let go of what didn't.

I'm not necessarily recommending her book to anyone. All I know is, it is so simply and beautifully written, and such an interesting and thoughtful look at the creative life, I was smitten. I'm sure I'll read it again, and that seldom happens. There have been few books that called me back to them. This one will, I'm certain.

The best part of this?  Seeing someone's life from their perspective rather than through my own prejudices.  Waking up to realize that my long-held beliefs were not necessarily the truth, that they were only my perceptions, as it is for all of us, in all of life. 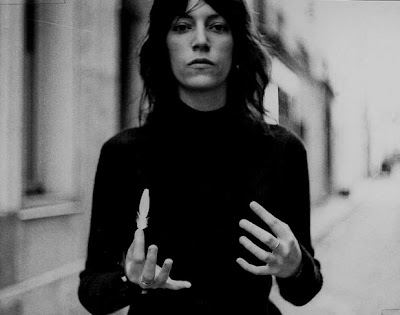 Posted by Teresa Evangeline at 6:35 PM