Dreamtime and Xylophones in the Park 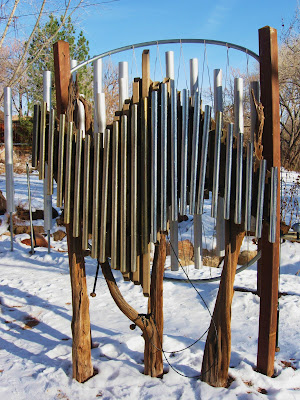 Yesterday, JB and I walked along the Colorado River, towering red rock on one side and the river flowing languidly alongside us on the other.  The blue sky and warming sun made the cool day a bit easier to walk through. As we walked by a pair of caves in the red rock, now sporting matching steel doors, JB told me about a woman who had lived in one of them a few years ago. They evicted her and created massive locked doors at the cave's entrance. It's interesting, the choices people make and the things they do to get by in this old world. I would love to know more about her, her life, what created the situation that brought her to her home in the cave.

Others live or have lived in caves in the area. A couple of years ago I read of a young man who lived in one farther up a hiking trail we had been on. Unbeknownst to me at the time, our hike stopped just short of his place in the hillside. The news story I read stated that he had made the choice, preferring it to all other options. According to the story, he did have other, more comfortable options. I wonder if he still does. Prefer it. 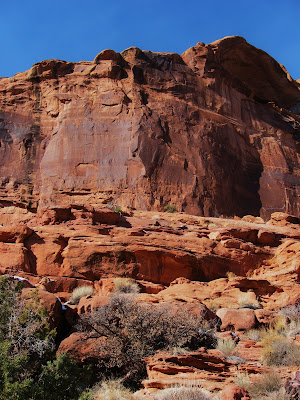 Farther on, we walked by a rock face where someone had scratched "dreamtime" on the rock. I've always liked that word. It originates with indigenous Australians, whose spirituality is not unlike indigenous tribes of the American Southwest, their beliefs dovetailing in many respects. I found the information on wikipedia very interesting and synonymous with much of my own spirituality: en.wikipedia.org/wiki/Dreamtime 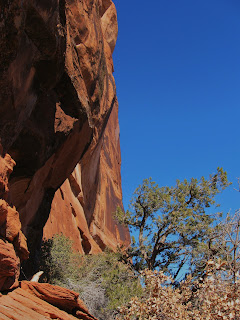 In the early afternoon, we climbed up to a spot high above the river and sat on a small rock ledge, had lunch and a good conversation. There's something about being outdoors, spending time away from the constructs of our culture, that lends itself to talks about the myriad possibilities in life. It had all the elements of a beautiful day. 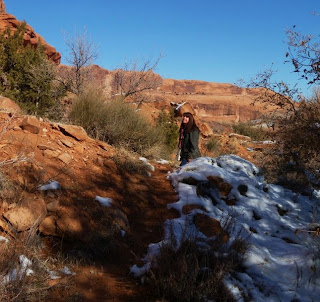 Yeah, that's me, among the rock and sky.

When we got back to town, we stopped at a small park which sits down in a hollow along a creek. We heard the sound of a xylophone, but were immersed in conversation once again and so I didn't immediately realize what was almost right under our noses. In a corner of the park were numerous xylophones and a young man was playing them beautifully. 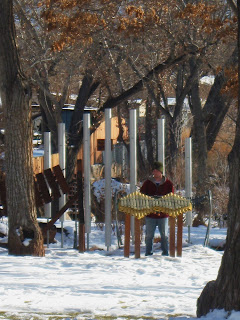 I didn't want to disturb him, so we waited. After awhile we wandered over for a closer look. I was absolutely giddy with what I found. Several different xylophones, as well as other percussion instruments, all made of different materials, and all with "hammers" for playing. I visited with the young man while he showed me all the various instruments and their sounds, including those that had a few dull spots to be aware of. He said he comes by every day to play them. What a magical place it is, and how cool that this young man has made it part of his day, his life. 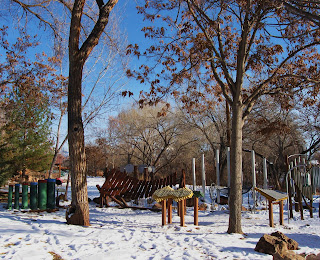 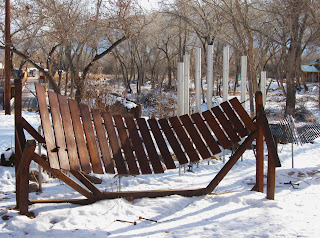 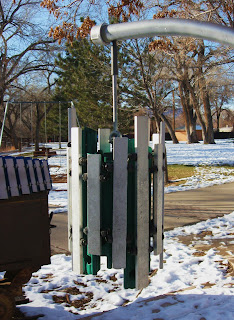 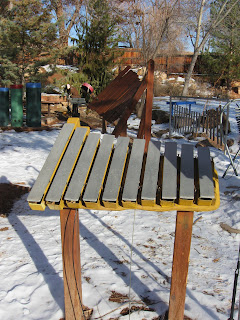 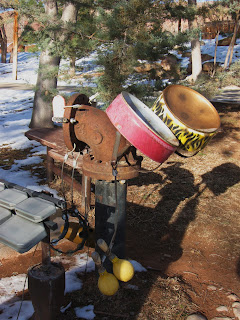 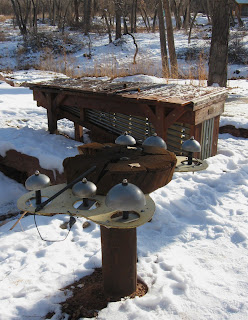 After he went on his way, I tried my hand at making a little music. It's these dream-like days that help me to more fully understand our own dreamtime, the origins of creation, and how Life leads us into one life-affirming moment of beauty after another. 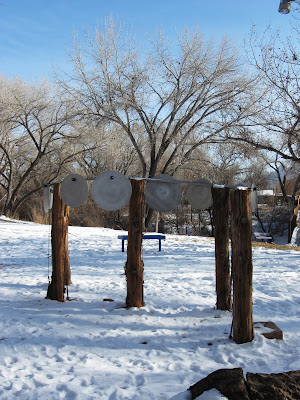 My time in Moab is drawing to a close. I've stayed longer than originally intended. I am grateful to JB for his hospitality and his companionship. Tomorrow morning, on to New Mexico.
Posted by Teresa Evangeline at 4:12 PM