The Secrets We Carry 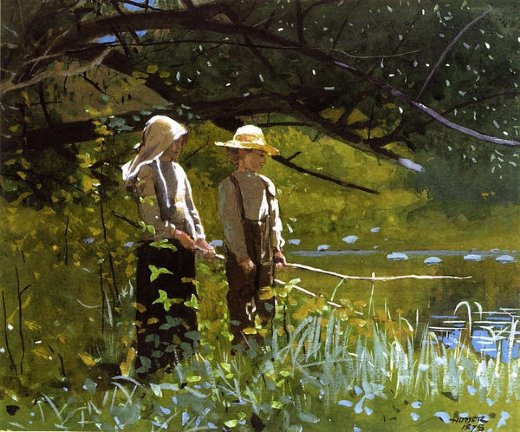 I started out this morning thinking I was going to tell you about a man I met on South Padre Island a few years ago who had been living on the beach. Or, the writer whom I briefly met in Santa Fe when he was reading at Collected Works, a downtown bookstore I'd been frequenting for many years. In the space of a few minutes he may well have changed my life. But then, a story from my childhood intruded and wanted to be told, so I'm putting those stories aside for now. I'll get back to them.

Why this story came to mind this morning had to do with a poem I was reading in which I was reminded of a purse I once belonged to. Yes, there was a time when I belonged to a purse, an old leather purse with a lock, given to me by Grandma Korich. She wasn't really my grandma but lived in a house at the edge of the woods up on the corner where our country road met the highway. Her house had never, to my knowledge, seen paint, but was in a perpetual state of gray abandonment.

When I was twelve years old, she went to live with her son in International Falls, leaving her house alone and unlocked. One day, my pal in summer exploration, Michael, who happened to actually be her grandson, came by, and looking for a way to spend a summer day we decided to check out her house.

When we walked into the house, it felt as though I had walked into a dream in which I found myself in an old black and white photograph and was about to discover what was hiding in the corners, what had been left behind that might provide clues to her life and perhaps even to my own. Standing in her living room, looking out those empty windows, I saw only a gray landscape; the world as I knew it had become black and white.

We didn't find much on that long-ago summer day that captured our childish attention except for a large stack of small pamphlets devoted to developing one's bosom. Michael didn't know what a bosom was and so I enlightened him, followed by awkward giggling and then a strange silence. We continued to move through the house silently and then, just as silently, left. It was as though we had uncovered some knowledge previously known only to Grandma Korich who was now many miles away in her new life, which should have made owning that knowledge a little more comfortable, but it did not. She was Michael's grandmother. I felt I knew something I shouldn't and I wasn't even sure what it was.

The previous summer, perhaps in anticipation of her move, she had given me the leather purse that locked. She surely knew, after all those years, how much I loved purses, but something else came into play that she may or may not have known. Having this purse made me feel I had been given a sacred duty. I was the carrier of the secrets. I'd walk down our dusty road with that purse over the crook of my arm with an air of self-assurance only that purse would allow. Unlike the amulet bags of my ancestors, it carried nothing but my secrets. I didn't know what the secrets were, but I knew they existed. I still feel them, nudging the corners of my consciousness, not dark, not sinister, not even bleak, just secrets. All these years later, I'm only now beginning to learn what they are.

Posted by Teresa Evangeline at 9:36 AM