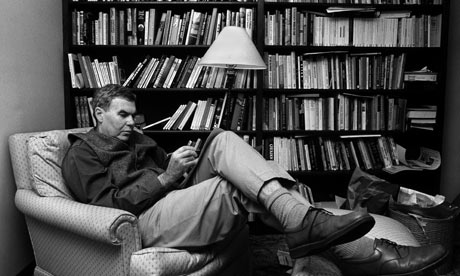 It was a Raymond Carver kind of evening, which wasn't necessarily a good or bad thing, the darkening hours had simply left me feeling a little weighted down. Without giving it any thought, I found myself reaching for Raymond - certainly not for a lightening of the mood - and there he was, telling me about waking up "feeling anxious and bone-lonely." Not wishing to go down that dark corridor, I read his poem, "The White Field," with a bit of trepidation. And I was right, the story he tells there of "relentless logic," is for another day.

My attention was then drawn to his poem on the next page, titled simply, "Heels." I don't think it was his opening words, "Begin nude," well, it could have been, I think it was more the dilemma of finding his socks, something I'm not entirely unfamiliar with. Just this morning, after a brief search, I found my own hiding behind the nightstand. After a little discussion with myself over whether or not to wear the same socks I wore yesterday, laziness won and on they went. Besides, I'd only worn them briefly when I went into the meadow with Buddy for our afternoon walk. Isn't rationalization a wonderful thing?

Anyway, I'll let Raymond tell you his own story of searching for socks. And just so you know, by the time I'd finished reading this poem, I was in a much lighter state of mind. There was something about seeing Raymond standing there in the doorway, with unexpected stars overhead and his socks on his arms, that cheered me. Someone else was doing the almost foolish thing and willing to tell us about it.

Begin nude, looking for the socks
worn yesterday and maybe
the day before, etc. They're not
on your feet, but they can't
have gone far. They're under the bed!
You take them up and give them
a good shaking to free the dust.
Shaking's no more than they deserve.
Now run your hand down the limp,
shapeless things. These blue,
brown, black, green, or grey socks.
You feel you could put your arm into one
and it wouldn't make  a particle
of difference. So why not do this
one thing you're inclined to do?
You draw them on over your fingers
and work them up to the elbow.
You close and open your fists. Then
close them again, and keep them that way.
Now your hands are like heels
that could stamp
on things. Anything.
You're heading for the door
when the draft of air hits your ankles
and you're reminded of those wild swans
at Coole, and the wild swans at places
you've never heard of, let alone
visited. You understand now
just how far away you are from all that
as you fumble with the closed door.
Then the door opens! You wanted it
to be morning, as expected
after a night's uneasy sleep.
But stars are overhead, and the moon
reels above dark trees.
You raise your arms and gesture.
A man with socks over his hands
under the night sky.
It's like, but not like, a dream.

Image: Raymond in his study, socks clearly visible and on his feet, where they're usually worn.


Posted by Teresa Evangeline at 8:21 PM