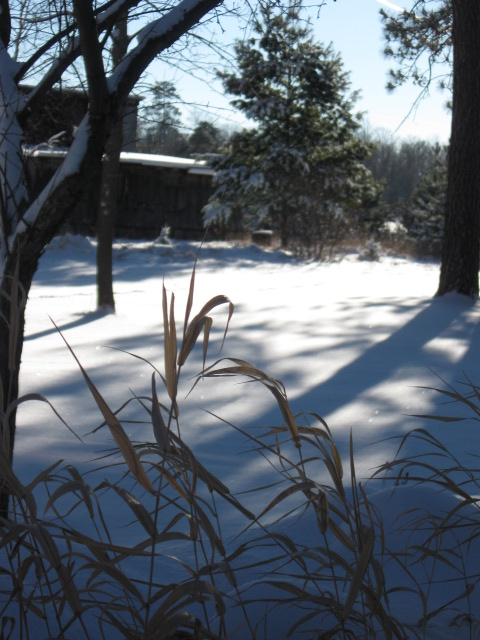 One of the first questions in my head this morning was how on earth was I going to get my eggs from the neighbor across the river when there was a windchill of  - 25?  I called her yesterday and told her I'd be by to get them. Well, I got my answer a couple of hours later when she called, said she and her hubby were going out and would drop them by my place on their way. Hooray! That meant, of course, I would need to get out of my robe and into some clothes, quickly, and meet them at their vehicle so they wouldn't have to walk up to the house. As they left a few minutes later, I almost danced my way into the kitchen. One and a half dozen eggs all snug in their cardboard carton! Amazing, how happy farm fresh eggs can make me, especially today, in the middle of a very cold winter. Life feels pretty darn good. But, there's good news and bad news. I plan to make chocolate chip cookies with two of them.

In other news, my son, Coleman, rolled his vehicle a few days ago. He hit a patch of black ice and over the bank it went, rolling about five times. He said it all happened quickly, yet in slow motion, just like they say, and each time he was upright he said to himself, "I'm still alive, I'm still alive." That was not easy for me to hear and even harder was seeing the vehicle, knowing he'd been inside that thing. The vehicle was demolished, but he walked away unscathed. He managed to push the passenger door open and an ambulance was called, but all tests and x-rays showed everything was fine. He's always been a cautious driver and worn his seat belt religiously, but weird things can happen. Again, life feels pretty darn good.

I still have eight squash in storage from my garden, which feels like buried treasure. I plan to bake one for supper tonight. I'm starting to dream of gardening, a good sign. 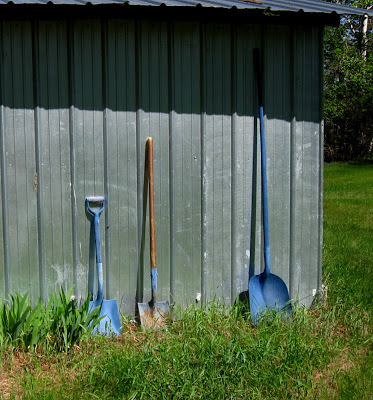 Buddy's doing fine, maybe a touch of cabin fever as walks are tough if not impossible in this cold wind. Throw the Ball Down the Hall is fun for a while, but soon we both settle back in - he naps while I write.

Twitter was over-capacity for about an hour this morning, so I actually had a life for a while and wrote this instead. A word of caution: if you don't tweet, don't start. It's highly addictive.

Well, that's all the news that's fit to print.

Here's some Bruce Cockburn to help us get through another winter evening. YouTube wouldn't let me embed it, so please click the link.  "Coldest Night of the Year," is a great song. It always makes me want to get up and dance, which is exactly what I aim to do. I hope you will, too.

Posted by Teresa Evangeline at 12:29 PM