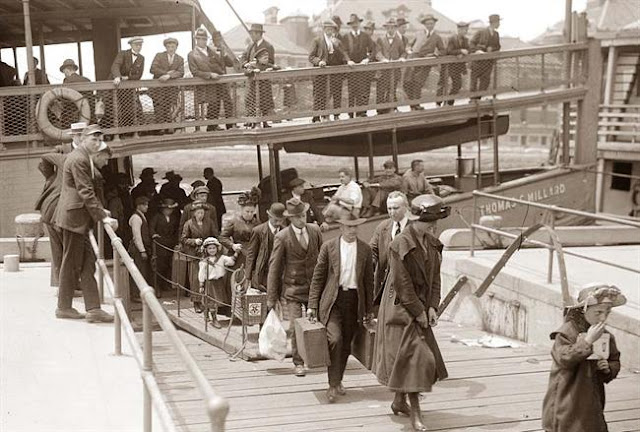 My mother's father, Moses, who passed on when I was in my teens, sailed to America from Germany. Moses kept a flock of sheep, a rather substantial flock, which I would sometimes help move from one pasture to another. I can recall one particular day, I was very young and walking in the middle of the field, when the sheep went on the run. My grandfather hollered at me to stand still, which I did, as the sheep jumped, sailing over my head. The sun shining down on the field that day was as brilliant as I ever remember sun shining.

My father's father, Simon, sailed here from Norway. Simon worked in a logging camp. He lost a leg there, an accident which, along with the early loss of his wife to cancer, seemed to mark the rest of his time here in anger, alcohol, and sorrow. I never got to know Simon. He took his own life when I was very young. I wish I had known him, had come to understand his unquenchable grief, that he had once been a good man, and there was still a good man, one who perhaps got lost that day in the logging camp.

They are my grandfathers, and their existence eventually brought forth my own. In ways I'm not even entirely aware of, they helped shape and define my life. 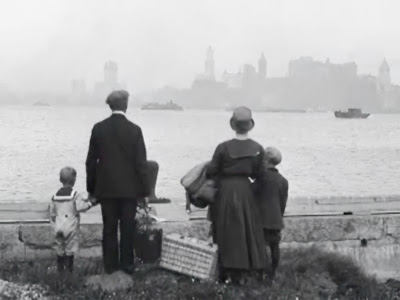 Many immigrants arrived at Ellis Island after a long voyage, anxious to make their home in this new land, a land they saw as holding infinite possibility. Many of us are here because they were willing to make that voyage.

Sometimes I miss the attitude, some would say naivete, that came with holding on to that dream, the dream that in America anything is possible. Because for awhile, it seemed like it was. Some came because they were driven by the same dream many had of lighting out for the territory and creating a new life away from what they saw as the restrictions of home. Some arrived with the dream of creating a business out of their skills and talents, a business that would be sustainable for years, perhaps generations to come. And yes, some arrived with get-rich-quick schemes, designed to amass great fortunes. But many arrived with the simple desire to find a piece of land from which they could create their own life out of hard work and by being resourceful in how they lived. Has it changed?  Yes, it appears so. Are dreams still possible?  Perhaps. I hope so. But I think a massive reimagining is going to have to take place. Charles Darwin said, in The Origin of the Species, regarding survival of the fittest:  "It is not the strongest of the species that survive, nor the most intelligent, but the ones most responsive to change."

Here is Dan Fogelberg and one of my favorite songs,  "Forefathers,"  with photographs of that time, of immigrants, individuals and families, arriving with dreams and hopes and plans.


Posted by Teresa Evangeline at 9:01 AM