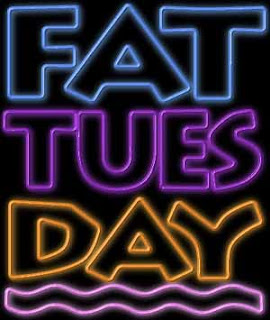 Have you ever walked into a shop and heard something calling your name as though it had been waiting there for you, knowing you would recognize its worth?  Did you look it over, get a deep craving for it, think about all the reasons it should belong to you, and yet walked away without it, your pockets full of reasons as to why you absolutely had to resist it?  Years later, does it still enter your mind every once in awhile?

It happened in New Orleans in February of 1990. I had already fallen in love with the city when I walked into a little shop in the French Quarter, The Little Shop of Fantasy.  They sold Mardi Gras masks and this was the week before the revelry would commence. I would not be there for the revelry, but that was irrelevant. I still wanted a mask. And not just any mask.

It was a soft brown suede with several feathers and other embellishments, but the centerpiece was a small skull from a calf, right near the top, just above the eyes. I wanted it bad. Alas, it was not cheap. $125 for a carnival mask was just not in my budget at the time. I lingered quite awhile trying to conjure up some justification for buying it. Eventually, I forced myself to walk away with  "the wants"  nipping at my heels.

I think about it now and then. Perhaps because I walked away it still nags at the edges of my memory. Had I bought it, it could well have passed away by now due to neglect, misuse, or too many moves (let's not linger on the misuse thing). It might have went the way of the charcoal drawing I had done in Jackson Square, the one where I looked like one of the Charmin girls gracing a package of bathroom tissue. I tell myself it's much better this way; it can remain forever intact, at the height of its beauty, hanging on an imaginary wall still waiting for that perfect moment.

So, Happy Fat Tuesday everyone!  What better way to enter a holy season than with drunken debauchery, colorful beads, and the baring of breasts?  None of which I'll be doing, by the way, tradition or not. But, I will think about my love for New Orleans: the French Quarter, Bourbon Street, Jackson Square, jambalaya, and that mask.... 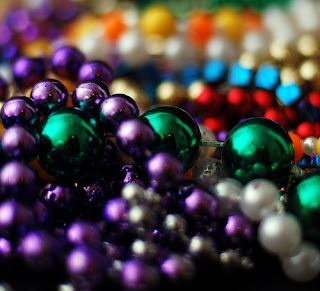 Posted by Teresa Evangeline at 10:06 AM