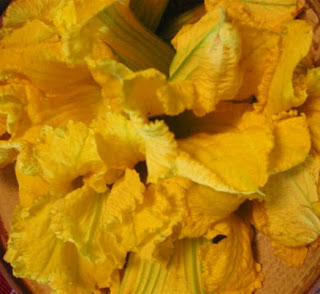 It's been close to two years since I first watched the documentary, "Escape From Suburbia." A friend had recommended it as a way to see past the gloom and doom and offered it up as a bit of hope for tomorrow, if not today. I watched with intense interest in what this film had to say. It talked about creating change in a world that sometimes appears to be heading for the brink of disaster. Appears, being the key word. I try not to subscribe to the Chicken Little theory. I do not think the sky is falling. I do not expect bad things to happen. I do not want to side with trouble and grief. 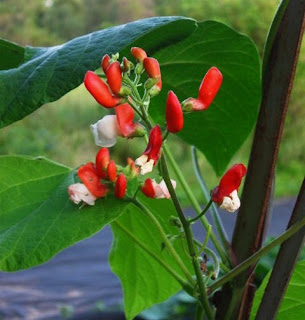 As I watched this film a second time, I made notes on those things that I felt I would want to remember and remind myself of as often as necessary until I had made hope my daily companion. Here are some of the notes I took, individual statements made by folks they interviewed for the film:

We should be running toward the light, rather than running away from the darkness.

Stay where you are. Dig in and make it better.

We in the Garden of Eden and we intend to stay. (Two elderly gentlemen sitting in a neighborhood created garden plot in east L.A.)

Hope is something you must generate yourself.

These are folks just like us, who have adopted a positive attitude, who are approaching life from a clear and illumined path, a path they have created for themselves, as a way to navigate through all the underbrush of negativity that the media would have us embrace. They are making the choice for peace, for expectation of good. Every day we are faced with choices, every moment, actually. I can't say I always choose peace. I let myself get down and feel despair. But, I don't allow myself to stay there, and despite those days, there is always, underneath the feelings of sadness, a deep well of hope from which to draw. 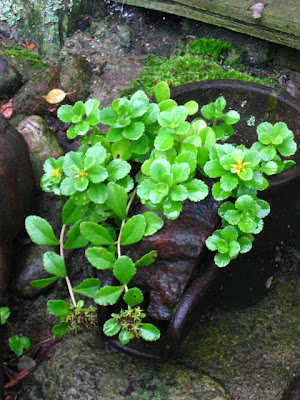 We live in a country that has, for far too long, sat in front of the television and allowed it to dictate our world for us. It offers up one sad, awful bit of information or image after another. It feeds our fears and instills, in those who allow it, the belief that we are going to hell in a hand basket, that we're all just here waiting for the other shoe to drop.

I'm not buying it.  Let me tell you why.

I live three miles from a town of approximately 800 people. Every Friday afternoon at least fifteen people, couples, or even families, set up their canopied tables and set out the bounty from their lives, lives spent growing and creating their own hope. There are farm-fresh eggs, vegetables from numerous gardens, a variety of produce. There are those who grow strawberries, raspberries and blueberries, those who create salsa from their own tomatoes, honey from the bees they keep, along with syrups and jams from their fruit trees. There is homemade goat cheese, from the goats they raise, homemade breads that are better than candy. I have fallen in love with the wild rice bread baked by someone named Barb, who includes "peace and healing" in her ingredients, and labels her breads, "Peaced Goods."  She also makes a four cheese bread and a wonderful whole wheat with kalamata olives. I know nothing, however, about her rhubarb-orange coffee bread. Nothing.

And, that's all I'm going to say about the bread.

I will tell you, though, about the teen-age girl who has a table where she sells her own homemade individual cheesecakes with caramelized crust, adorned with fruit and berries. Or the young man who operates out of the bed of his pickup truck, selling vegetables with a smile and a manner that can only be described as disarmingly charming. One young girl was selling jewelry she was creating there on the spot. There are other teen-agers, some side-by-side with their parents, as well as several individuals and couples. I met a couple who make sweet mustard. They offered a sample, served with pretzels. Positively scrumptious. That's in the little jar, down in front. 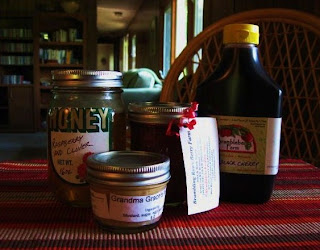 This is a scene played out in small town after small town throughout the summer. Big cities, too. Good people, all selling hope, homemade.

Every day we make choices for how we're going to view the world, thus how we're going to feel about our lives. Some pretty great minds have known this. Ralph Waldo Emerson said, "Remember, your thoughts create your world."  Don't wait for the world to change. You know the drill. Think hope. Talk hope.  And while you're thinking about it, and talking about it, realize you're creating it.
My garden has produced not just these beautiful squash blossoms, soon to be followed by fresh squash, but also cucumbers, beans, beets, carrots, onions and potatoes, all from this morning's visit to that small plot of ground. It's not a lot, but it's a place for me to start. 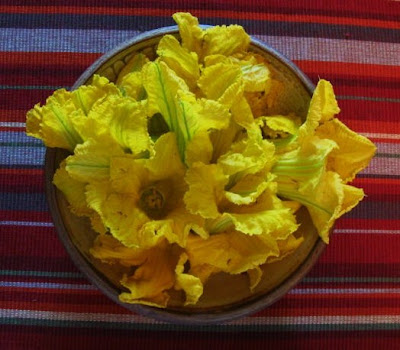 Posted by Teresa Evangeline at 7:12 PM