The Purple Peanut: My Baby Does the Hanky Panky 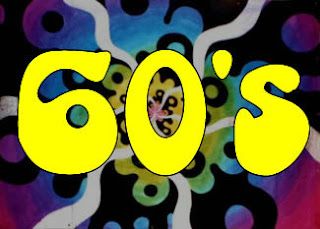 In the summer of 1966, I probably spent my Sunday afternoons going over in my mind the night before, who danced with who, who said what, what did it mean, will I be able to go next weekend, and who will be there.

'There' was The Purple Peanut, a teen dance spot where we spent most of our Saturday nights during the late 1960's. Local bands, such as Bridgeman Road, performed songs you could dance to, hopefully, including the title tune. I loved to dance, so the night I got to go to the Purple Peanut for the first time is indelibly written in my memory. Jane and I, with our good friend, Rhodeann, were just leaving the Marlowe Theater after a showing of whatever movie we just had to see that night, when my parents announced from the front seat of the car that I could go with the two older girls to the dance that night. I was so happy I cried. And then Jane and Rhodeann laughed. That was okay. I was too happy to take offense. And, they were very happy for me.

Like many of my teenage memories, I can see exactly what I was wearing at the time this memory was being made. That night it was bell-bottoms, red with small yellow flowers, slit up to the knee on each side. On top was a yellow "poor boy" sweater. On my feet, yes, I had on shoes, ankle-high deerskin moccasins with a silver button and fringed tie. Same outfit I had on when the principal of the high school called me out of algebra class for some infraction of the rules. That's right. An infraction.

Anyhoo, right after we arrived and had taken our places in the back of that cavernous room, lined with booths around an old wooden dance floor, someone came up and asked me to dance. I said yes. He was cute enough, with dark hair, in sort of a Beatles cut, and I may have mentioned, I loved to dance. 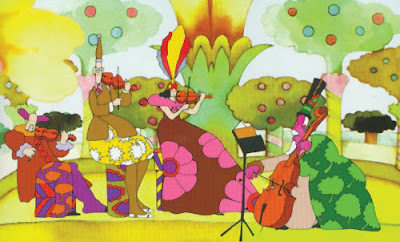 That night, like every Saturday night I spent there after that, I danced a lot, had my share, and maybe more, of fun, and went home happy as a teenager can be. That first guy that asked me to dance?  He married my sister, Jane, just a few years later.

That was many moons ago. Coming back from Minneapolis, "My Baby Does the Hanky Panky," came on the radio and there I was, traveling back in time, bopping to the music (did I just say bopping?) and remembering how much I love to dance. I haven't for awhile and may have to remedy that. Here they are, Tommy James and the Shondells. Hit the arrow, get off your Sunday couch and dance. You know you want to.

Posted by Teresa Evangeline at 7:47 PM