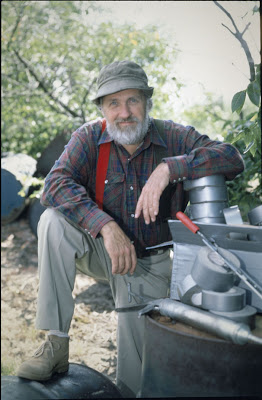 While getting used to a new computer today, and needing to take a break from using the F word, I started thinking about Red Green. For the uninitiated, Red Green is a comedian from Canada who did a show on PBS called, of course, The Red Green Show. Some locations still show it in reruns for which I'm grateful. His character shares the show with his nephew, Harold, and a motley crew who display various levels of intelligence. It ain't pretty, but it sure is fun.

Now, I have to warn you, before you go looking him up or casting disparaging remarks about my level of humor, I admit to a rather low-brow mixed with bawdy sense of humor. I can appreciate dazzling wit, cultural and historical references gone awry, but it's the Three Stooges with slapstick galore, and folks of their ilk, that can really bring out the chuckles in me. 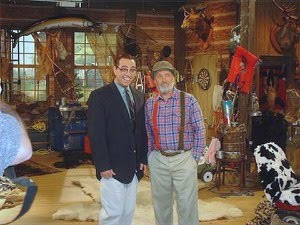 Last week, when I was looking for a distraction, I decided to turn on the television (television seems like such a retro word now, doesn't it?  Tele-vision) and see what it offered. I have three stations, but, thank goodness, one of them is PBS. There he was, Red Green. It couldn't have been better timing. He opens his show with, "Welcome to Possum Lake. Where men are men and Harold is my nephew."  In this episode, his nephew, Harold, who has a somewhat open-to-debate sexuality, was waiting at Possum Lodge for his blind date to show up, a date he'd found at an online dating site, sight unseen. He reads his description of what he was looking for and had posted online. Then his date shows up, who happens to be another male character on the show. Some minor, comical mayhem ensues. Unsure of how to handle this, they decide to go ahead with their "date," arguing about who's responsible for what as they go. The fun part was the "live" audience's response to Harold's "date" ... wild applause for what may have been a sideways coming-out-of -the-closet party for Harold. 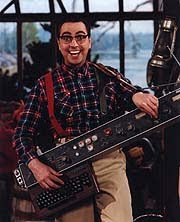 Part of each show includes Red's attempts at being handy. These attempts always include duct tape. He says, "All it takes is a little imagination, some mechanical ability, and neighbors who mind their own business."  The episode I recently watched involved creating a barbecue spit for hot dogs rigged up by using bicycle tire spokes, with the bicycle being ridden in place while it turned the spokes with hot dogs over a live flame. It's almost impossible to describe his - let's call them novel -ideas. He makes Rube Goldberg look like a Shaker. He asks, "Sound ingenious? Sound incredible? Sound impossible? Who cares? I'm not listening."  And then he goes ahead and makes something like a lawn mower dragster, a portable garden in the back of a pickup truck, or a newfangled  "luxury" car using various parts of two derelict cars where he becomes Umberto Tortellini.

The possibilities are endless. 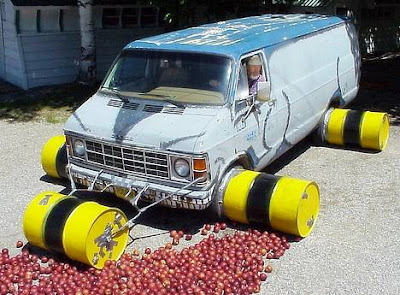 There's also a segment in which we watch Red and two other characters as they play a version of Password. The idea is to get the chosen person to say the chosen word within thirty seconds ... the word finally said by accident and as the punchline. All sorts of clues get thrown out to lead them to say it in a round-about fashion. For example: Red is trying to get Dalton to say the word  'paranoid.'

Red: You got two slippers. That makes a ...?
Dalton: Pair
Red; Someone bugs you, you get ...?
Dalton: Annoyed.
Red: Put 'em together. Put 'em together.
Dalton: You say someone's stealing my slippers to annoy me? You know, it's probably my neighbor, you know, 'cause he's trying to get me. Sometimes I sneak into his house at night and rearrange the furniture.
Red: Alright. And he thinks that way because he's ...?
Dalton: Caught me doing it.

As with all great comedians, his show contains humorous statements scattered with a grain of truth. One of my faves:  "There is historical significance to party boats going back to, um, Cleopatra, and, um, Moses, and, um, the crew of the Exxon-Valdez." 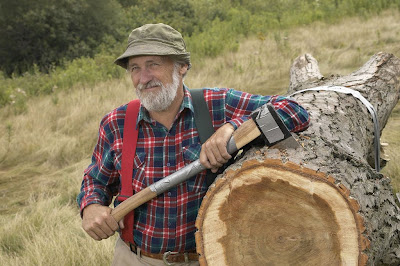 At the end of the show, he always talks to his wife, Bernice, usually with a double-entendre, saying "If my wife is watching, I'll be comin' straight home after the meetin'. All this lawyer stuff has got me thinkin', maybe later tonight, if you present me with your briefs, I'll recommend a merger."  Or, "Yes, I know it's the computer age, but let's not forget about personal interaction. When I get home, I want to show you that I'm user-friendly."   He says his goodbye and heads downstairs for the meeting of Possum Lodge, which always begins with,  "Quando, Omni, Flunkus, Moritadi,"  pseudo-Latin loosely translated as,  "When all else fails, play dead."  They follow it with the Man's Prayer,  "I'm a man. But, I can change. If I have to. I guess."   The meeting begins as the show closes. It's a bit of a holdover, but I think it's great fun. And we could all use that seems to me.

What really got me thinking today of Red Green was his closing statement, just before he goes downstairs to the meeting, a statement that makes me realize the simple proverbs contain the grandest truths of existence:  "Remember, I'm pullin'  for ya. We're all in this together."

Here's a link to a short segment of the Handy Man Corner, in which Red creates a new way to make coffee using a lawnmower: : http://www.youtube.com/watch?v=k6P1kTwHUuU

Posted by Teresa Evangeline at 6:34 PM