The Great Turtle Rescue of '93 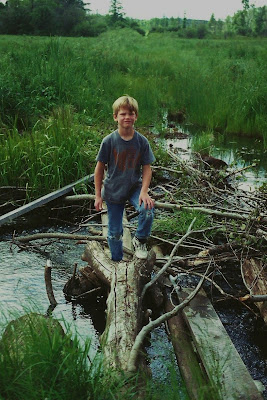 Back in the summer of '93, while living at our farmhouse in Ansel, Coleman and I went for a day adventure with my sister, Jane. A day adventure usually consisted of getting in the car and driving, seeing where the road would take us without a lot of forethought. We would decide which way to turn when we got to a crossroad.

On this morning we turned to the left and headed down Highway 64. The ditches on both sides were lined with wildflowers so our first stop happened just a few miles from home. I used to carry a vase in my car for these spontaneous stops; our kitchen table had an almost constant array of whatever flowers were available at any given time during the summer. Coleman had borrowed a library book to identify these Minnesota wildflowers and it was fun to see if we could match them with those we'd found. It was something I'd enjoyed doing with his older brother, Trevor, as well.

Back on the highway, bouquet firmly ensconced in the cup holder, we found ourselves heading, in a roundabout fashion, to the small town where we had attended elementary school. On the outskirts of this town there's a back road leading to the farm where we'd grown up. We thought it might be fun to revisit our old neighborhood which consisted of woods and fields and a smattering of houses set back from the road. About five miles down, where the road takes a sharp turn to the right, sits our grandparent's farm. Farther up that road we would drive by our farm. We decided to turn left and go past what we knew as The Frederick Place. It would lead us to one of the lakes of our childhood, not a swimming lake but better known for duck hunting, wild rice, and the occasional UFO sighting. You heard me. A small road with trees almost enveloping it would lead us there.

Just before we got to the lake we felt a strong urge to stop and walk to the creek which runs into it. It, too, was a childhood haunt, and we were curious what time had done to it. We had heard the story, when we were children, of how our mother had saved the life of her cousin, Aaron, when they were young and the creek ran deep. She had been sitting on the bridge when Aaron got into trouble and couldn't hold his head above water. Our mother, a strong woman and undoubtedly a strong child, had reached into the water, pulling Aaron up by the hair and then onto the grassy bank. It was a story we coerced out of her from time to time. Perhaps we wanted to hear stories that confirmed what we already knew about our mom, but we also liked hearing about her own childhood. It was intriguing to see our parents as young once and how life was for them before we came along. That creek held our family history.

It was believed that a Native American encampment had once existed in the area around the lake. It made sense to us as it was on the edge of the foothills with ready access to water and game, and there appeared to be burial mounds in the woods where we spent so much of our time. This was never confirmed, to my knowledge, but it captured our imagination. Several artifacts had been found in the area; neighbors tilled up arrowheads in their garden every spring. Although rarely talked about, we had grown up with an awareness of our own portion of Native American ancestry. It was a portion I secretly cherished.

As we got closer to the creek, the most obvious change was that the bridge crossing it was gone, replaced by a small beaver dam now in disrepair. To describe the surrounding greenery as lush is not hyperbole. The tall, green grass almost towered over Coleman, who was seven at the time and already pretty tall himself. Youthful energy propelled him forward, so when we got to the creek he had already spotted it.

'It,' was a large snapping turtle. Apparently, in crossing the dam, it had caught one of its rear legs between two branches that would not yield. It was underwater when we arrived. How long it had been in that predicament we could only guess, but its leg had turned a pale color, almost white. Our guess was it had been quite some time. It had survived, we supposed, on whatever bugs and such floated down the creek, catching them in its mouth as they passed.

Coleman bent down, carefully moving the underwater branches around its leg, and with a few simple movements the turtle was released from its wooden chains, swimming slowly away but able to move through the water and into freedom. We celebrated his release, talking excitedly about how wonderful it was. We even speculated that perhaps the turtle had sent out a message and we had listened! I can still recall the joy we felt. It was hard to leave. We wanted to stay a while longer and just bask in that feeling of being a part of something that might seem pretty small in the face of nature but we knew was pretty darn big to that turtle. And to us. Back in the car we talked again about how great it was, that we had listened and followed our hearts down to the creek.

After driving a little further to check out the lake, we moved on. We knew the rest of the day would be epilogue. A peacefulness had settled over us and in the car as we drove down the road.

After passing by our old farm we headed back out to the highway and down to the grocery store outside of town to pick up something for lunch. Inside the store was a large barrel of fortune cookies wrapped in plastic, free for the taking, the kind you find in most Chinese restaurants. Coleman reached in and retrieved one. When we got out to the car he opened it. It said, "You will witness a secret ceremony or ritual." And so it was and had already been. We saved it. We didn't want to forget.

And we haven't. I have a picture of him on my desk standing on the dam as a reminder of that wonderful day, a reminder to listen and act on those nudges we get that can change our lives, or the lives of someone else. In this case, the life of a snapping turtle, here on Turtle Island. 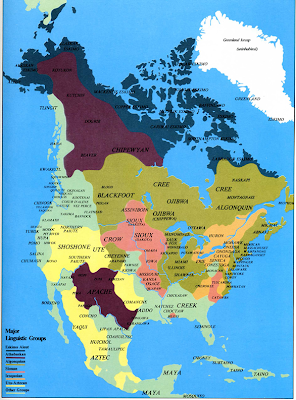