Blue Moon on the Rise 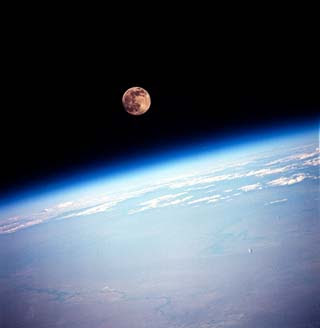 It appears another myth I have long ascribed to our night sky has been debunked, depending on one's perspective or personal preference. Tonight is the night of the full moon, as well as a blue moon. I always thought a blue moon is the second full moon occurring in a given month, something that happens now and then in our lunar cycles. It turns out there's another explanation. A blue moon occurs when four full moons appear in a given season, the third one being the blue moon. At least that's what the Maine Farmer's Almanac of 1937 put forward as the explanation. Here is a link that describes these two definitions and how they came to be:
http://www.space.com

It doesn't appear to matter which explanation you choose. I'm sure all cultures have given it their own definition and perhaps with a more romantic if not metaphysical connotation. I'm going with the romantic. And, just to add to that notion tonight it's rising in my sign, Taurus.

When I was a child, I danced around the living room to Patsy Cline and, "Blue Moon of Kentucky." I would sing along with all the practiced twang I could muster there in the Minnesota north woods. In honor of tonight's blue moon, here's Patsy ...

Posted by Teresa Evangeline at 10:50 AM