The Peace Train Inside All of Us 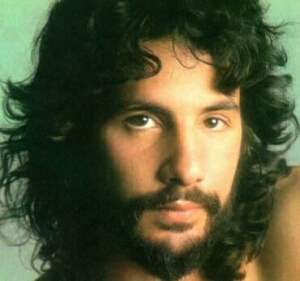 One of my favorite anthologies of poetry sits next to me, as it has for the past few mornings. I try to open it at random and in that way I feel I can get a glimpse of what the world has to say to me, what it might want me to know, and then perhaps pass it on. In this anthology, the poets are sometimes represented more than once, in different sections, but almost never more than twice. So, the odds of opening it to the same poet two mornings in a row might be considered a long shot. I try to pay attention to where I am directed to open it and then leave the rest up to whomever is in charge of these things.

This morning, I opened it to the other poem by Charles Bukowski. If I'd read it before, and I probably have, it'd been quite some time. It seemed to be mirroring my thoughts. It was obviously written during Desert Storm in the early '90's. Unfortunately, it seems we've dug an even deeper hole in the sand, which makes this poem as timely now as it was then, perhaps more so, especially in light of Rick Perry's remark that he would consider sending troops back into Iraq. I didn't watch hardly any of the debates. That was quite enough, thank you. I can't handle that much unkindness all in a row. Here's Charles instead:

the ground war began today
at dawn
in a desert land
far from here.
the U.S. ground troops were
largely
made up of
Blacks, Mexicans and poor
whites
most of whom had joined
the military
because it was the only job
they could find.


To put an exclamation point on this: Cat Stevens was always in the background of my life during my college years. I loved his music. Every single song talked of a world we hoped to see. Yes, he is Yusuf Islam now. And he is still the picture of kindness. I want to spend more time listening to him than the political machinations that seem to be permeating the airwaves. 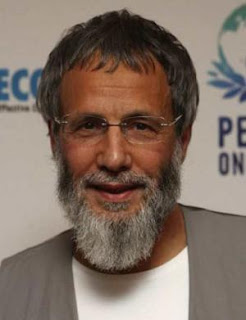 He first recorded "Peace Train" in 1971. Forty years ago. During that time, I discovered there's a peace train that runs through me, and that's the train I have to be on at all times if I'm ever to see the world I hoped for back then. Here is Yusuf :

Posted by Teresa Evangeline at 10:55 AM