Everything Is OK Just the Way It Is 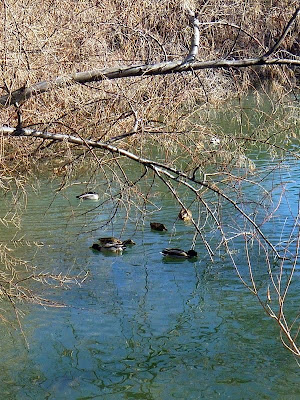 For the past two weeks, I've been reading this poem every day, trying to understand why it drew me in, why it has stayed with me and won't let go. I've tried several times to write about it, to give it a context that would help articulate my feelings about it, and each time I deleted the words I'd written. They felt false. And then it dawned on me. I was trying to understand something that didn't need to be understood, it just needed to be felt.

She had always loved to read, even
in childhood during the Confederate War,
and built the habit later of staying up
by the oil lamp near the fireplace after
husband and children slept, the scrub-work done.
She fed the addiction in the hard years
of Reconstruction and even after
her husband died and she was forced
to provide and be sole foreman of the place.
While her only son fought in France
it was this second life, by the open window
in warm months when the pines on the hill
seemed to talk to the creek, or katydids
lined-out their hymns in the trees beyond the barn,
or by the familiar of fire in winter,
that sustained her. She and her daughters
later forgot the time, the exact date,
if there was such a day, she made her decision.
But after the children could cook
and garden and milk and bring in a little
by housecleaning for the rich in Flat Rock,
and the son returned from overseas
wounded but still able and married a war widow,
and when she had found just the right chair,
a rocker joined by a man over on Willow
from rubbed hickory, with cane seat and back,
and arms wide enough to rest her everlasting cup
of coffee on, or a heavy book,
she knew she had come to her place and would stay.
And from that day, if it was one time and not
a gradual recognition, she never crossed a threshold
or ventured from that special seat of rightness,
of presence and pleasure, except to be helped to bed
in the hours before dawn for a little nap.
That chair -- every Christmas someone gave her a bright
cushion to break in -- was the site on which she bathed
in a warm river of books and black coffee,
varieties of candy and cakes kept in a low cupboard
at hand. The cats passed through her lap and legs
and through the rungs of her seat. The tons
of firewood came in cold and left as light, smoke, ash.
She rode that upright cradle to sleep
and through many long visits with tiers of family,
kissing the babies like different kinds of fruit.
Always hiding the clay pipe in her cabinet
when company appeared. She chaired decisions
to keep the land and refused welfare.
On that creaking throne she ruled a tiny kingdom
through war, death of kin. Even on the night she did
stop breathing, near a hundred, no one knew
exactly when, but found the lamp still on,
the romance open to a new chapter,
and the sun just appearing at her elbow.

P.S. After returning to it again this afternoon (don't you love the line about the clay pipe she hid in her cabinet?), I picked up the small blue card I had used as a bookmark. Turning it over, I realized it answered every question I had about this poem, and a lot of other things:  "Everything is OK just the way it is."

The image is one I took last winter, about this time, in Moab, Utah.
Posted by Teresa Evangeline at 6:04 PM