Have I Reached the Party to Whom I Am Speaking? 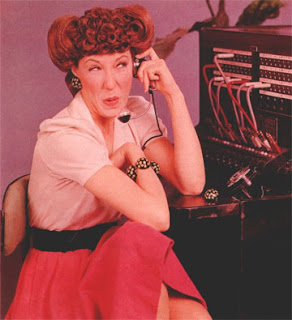 Did you ever watch Laugh-In?  It was a weekly television show in the late '60's to early '70's that featured several people who went on to become well-known comediennes and actresses. One of them was Lily Tomlin, one funny lady, who introduced a character she named Ernestine. Ernestine was a telephone operator dressed in clothes and with a hairstyle reminiscent of the late 1940's or early '50's. She snorted and dialed with a flourish, usually asking the party she had just reached, "Have I reached the party to whom I am speaking?"  I started many a phone call to a friend in that way and, depending on the call, still do to this day. Funny, how those things stick. 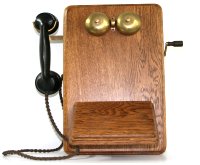 Anyway, at the time my own family was not far removed from the day in which we had replaced our oak box on the wall with black ear and mouth piece and a number that was "two longs and a short," with a black rotary dial phone that seemed like something out of science fiction. We thought we'd really moved up in the world as we no longer had the neighbors down the road listening in on our party line. We all had new numbers that started with nice words. Windsor Seven was ours, which had nothing to do with likker, Kimball Eight was to the south of us and folks to the north had numbers that started with Orchard Five. Heady times. 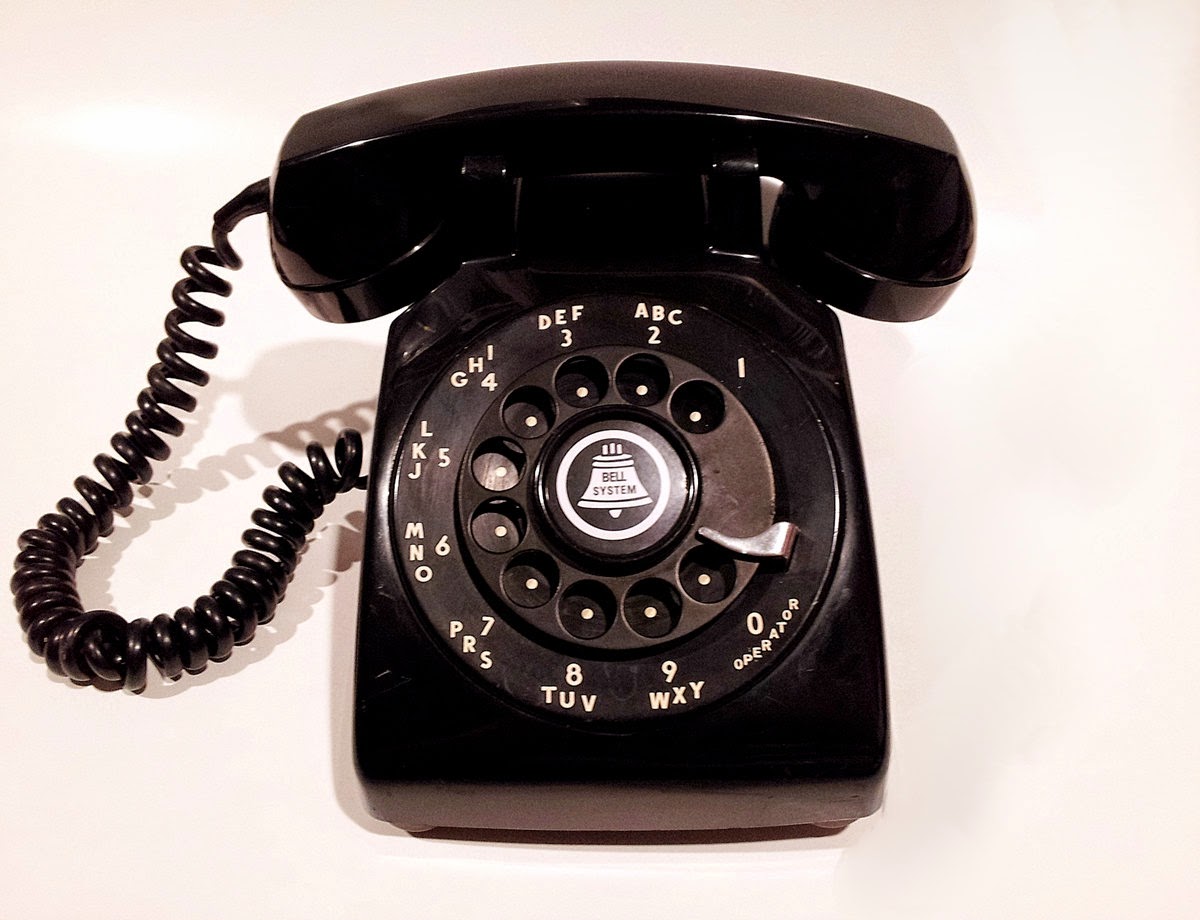 Let's zip ahead about forty years.

Just before we turned the corner into 2002 and shortly after I arrived in Santa Fe, I bought my first cellphone. I knew I'd be spending a fair amount of time on the road and it seemed like a good idea. I could appreciate the almost instantaneous connections it allows for and more than once it's come in very handy. Once, while returning some paintings to an artist who was up in Denver, I ran over something in the road which mangled my tire, and while I helped my car limp off the interstate, I was able to call on my cellphone, get a tow truck out to my location just outside Trinidad, Colorado, and get back on the road with a new tire all in just about an hours time, with no harm to my valuable cargo.

On a lesser occasion, my sister and I were able to find each other while shopping without having to walk from aisle to aisle with eyes peeled, but instead called and said something terribly erudite like, "I'll meet you up front."  Hey, it has its conveniences.

Having said that, and after almost ten years of having a cellphone exclusively, I've recently returned to using a land line. The local internet provider offered one for less than five extra dollars a month. I said yes. No, I didn't completely give up my cell, it will still be nice to have on the road when I travel, and I'm still using it for some long distance calls, but I gotta tell you, I'm loving the return to a land-based phone to match my more land-based life. It actually has a cord on it. And it feels so good in my hand and against my ear. It feels real. It feels solid. I can hold it between my ear and shoulder if I need to. I like that.

Maybe it just reminds me of what was, once upon a time, but I like the notion of heading back to the future, in more ways than one. I have a magnet on my refrigerator that says, "Sometimes, right back where you started from is right where you belong." The same could be said for many things, many aspects of our lives. I don't view it as going backwards, I view it as moving forward with all the good that existed then, and still exists. I aim to make that good not just a part of my life, but my life.

I can't explain it, but it feels really good. I feel liberated.


Posted by Teresa Evangeline at 1:01 PM