The Art of Becoming 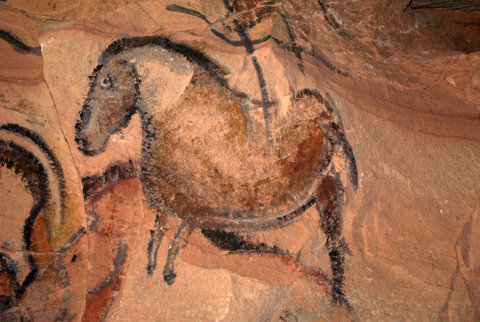 Most folks in the so-called civilized world have probably become aware of Lascaux and Chauvet, caves in France, home to some amazing Paleolithic art. Chauvet is considered the oldest, with drawings dating back about 32,000 years. It is the oldest art known to man. They've always intrigued me and I've spent a fair amount of time looking at them and reading about them, mostly out of a desire to understand that impulse that drives people to create, to paint, specifically. 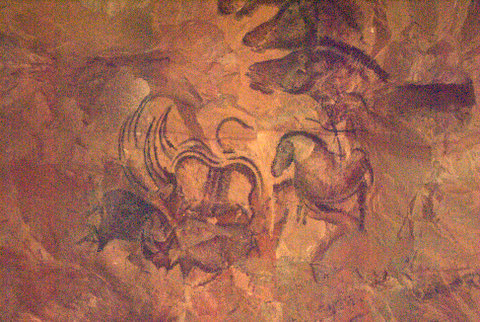 I've become very familiar with the petroglyphs and pictographs of the American southwest, having come across them numerous times on hikes in canyons and on drives along the Colorado River outside Moab, Utah. The cave paintings in France were a natural extension for me. The average person will never lay eyes on them, which is probably for the best, but there are some fine websites dedicated to educating people about them. The one I ran across today was intriguing in that it mentioned the documentary film by Werner Herzog, "Cave of Forgotten Dreams," which centers on Chauvet. I have not yet had an opportunity to see it, but I hope to remedy that soon. Here's a link to the Bradshaw Foundation site which has showcased them: http://www.bradshawfoundation.com/chauvet

What brought them to mind today was some photographs my friend and southwest hiking pal, JB, recently emailed to me. When I saw them, I immediately assumed they were from Chauvet. I drooled over them for a minute and then he sent a follow-up email telling me he had only the day before discovered them in a cave just outside Moab, Utah. Apparently, someone went in there to create copies of these paintings, even going so far as to use earth pigments for paint. This is a cave with many rooms that JB had explored before, so he feels they were done sometime in the past two years, since his last visit to the cave. They're remarkable replicas. 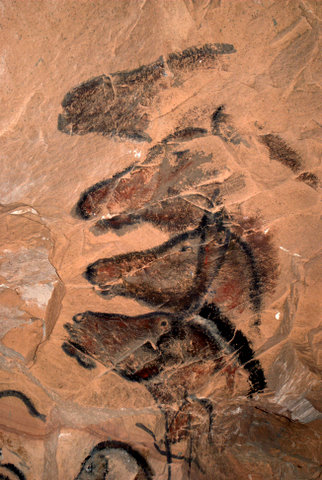 Ancient art and all that history, so very long ago, created by people like you and me, feeling the need to express themselves, to tell their stories and share their lives, to record the beauty they saw in the everyday. It's a world we create anew every time we tell our stories and share our lives, record the beauty we, too, see in the everyday. It's the ongoing story of Us.


Someday, we'll be the ancient ones. 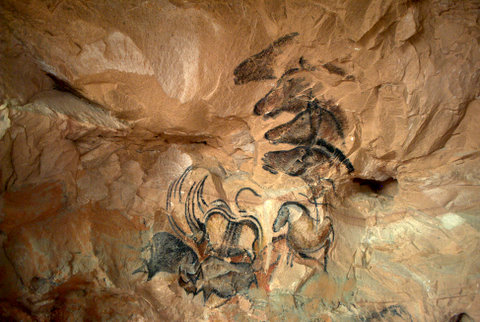 These four photographs were taken by JB, in the cave outside Moab, Utah. He has not yet found any information about the artist who re-created these.


Posted by Teresa Evangeline at 7:26 PM