A Grant Wood Kind of Day 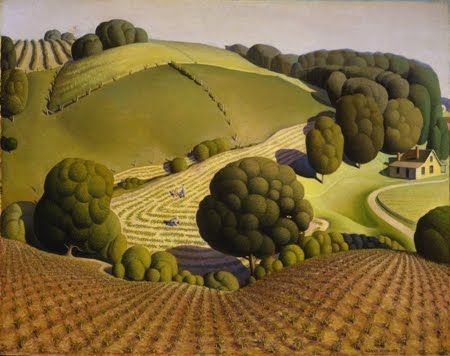 For some reason, I'm thinking about Grant Wood this morning. Perhaps it's the way the light is falling on the slope of lawn outside my window, or the low rumble of farm machinery moving through the fields down the road in the first haying of summer, or maybe it's just the summer itself, with its green heat and thunderstorms in the night, that's bringing him to mind. 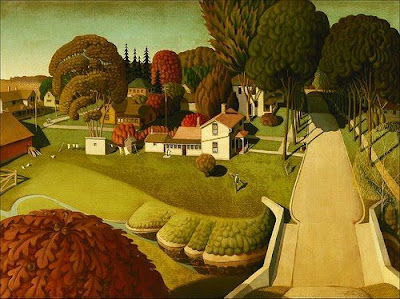 He's been one of my favorite artists for many years, going back to the mid-1980's when a retrospective of his work was making the rounds and getting a lot of press. I had known about his iconic painting, "American Gothic," forever, it seems, but becoming aware of his oeuvre made my appreciation of him run even deeper. There's something about the rolling hills and his somewhat idealistic vision of mid-western farm life that appeals to me. 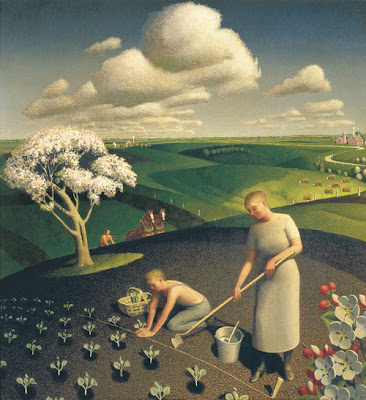 He was born near Anamosa, Iowa, in the late 1800's, living on a farm during his early years. In his formative years as an artist, he lived a rather Bohemian lifestyle in Europe, studying art and discovering the direction towards which he wanted his work to develop. 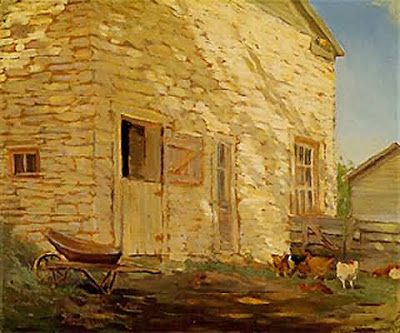 He began to realize that for all Europe offered, there was incredible value and beauty in the place he was born. And so, he returned to his roots, this rural beginning. In doing so, he became a vital aspect to Regionalism as an art form, and helped to found the Stone City Art Colony during the Depression. He has been quoted as saying, "I realized that all the really good ideas I'd ever had came to me while I was milking a cow." 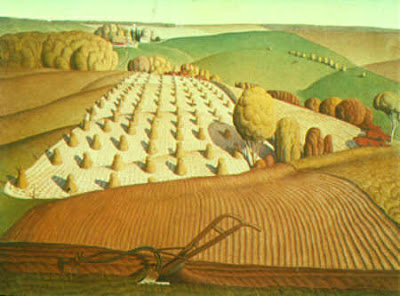 While familiarizing myself again with his story, I came across a website I found very appealing which gives an interesting account of his life, along with information on the art colony and a gallery showing some of his paintings. He identified strongly with his roots, adopting the habit of wearing overalls, often depicted as the quintessential garb of a farmer, even painting his self-portrait in them. One of the bits of information I found interesting was that in later years he painted his self-portraits with a v-necked shirt, replacing the overalls, perhaps in an attempt to be viewed as a more universal artist rather than a regionalist. 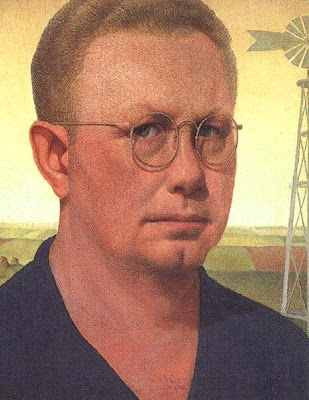 I think for most artists there's a need to not be pigeon-holed, but remain free to express themselves in whatever way they feel moved to do so. That might best be expressed in still life, or in portraits, perhaps even in a more abstract vision of life. 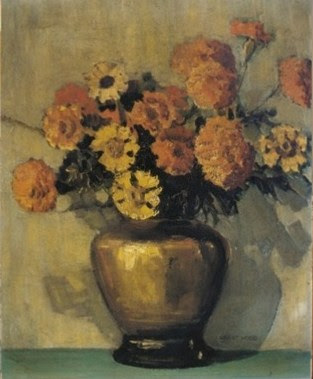 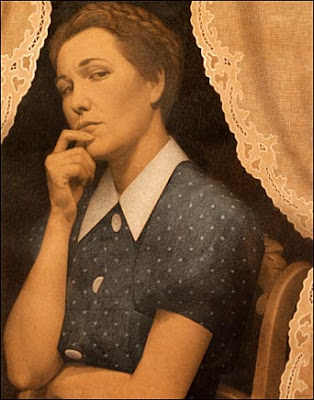 Grant Wood found himself in all of these, but it's his rounded, rolling views of the land that he has become most well-known for, and for that I'm glad. I like them. 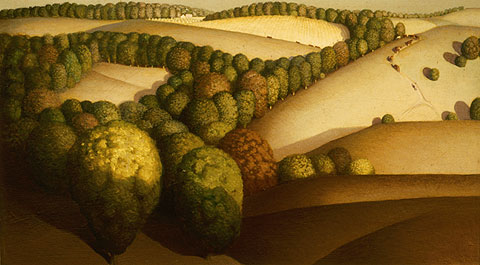 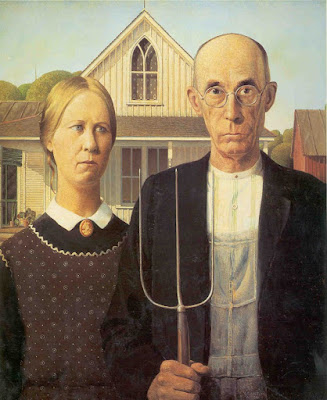 Posted by Teresa Evangeline at 12:26 PM