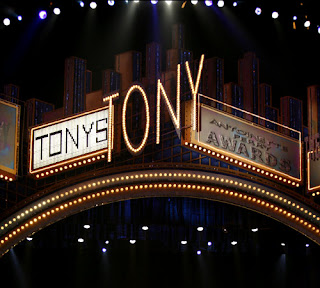 Well, I was going to talk about dandelion wine, but the Tony Awards have been handed out and life has been altered for me. Not in any truly noticeable way. It came in the form of  Mark Rylance. England born, Wisconsin raised (yes, he grew up right next door), and winner of the Tony for his portrayal of Rooster Byron in "Jerusalem," a play about life on the fringe, among other things. His acceptance speech came in the form of a prose poem by Louis Jenkins, who just happens to reside in Duluth, MN.

I've read a few poems by Mr. Jenkins and I've looked at Mr. Rylance photos, more than once, and I've decided to share one with you. One poem, one photo. It was hard deciding. They are all so good....

I decided to go with the acceptance speech, this years, as he also quoted one of Louis Jenkin's poems in his 2008 Tony acceptance speech. It was "The Back Country" then, and this photo will do nicely: 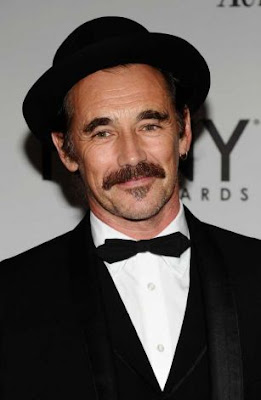 The neighbors and I have been threatening to read a play together. Perhaps I've found one that would fit.  I'll run it by them. Casting will be easy, as gender is not important in theater. That was determined a long time ago. In the meantime, here is the poem/acceptance speech:

"Walking Through a Wall"

Unlike flying or astral projection, walking through walls is a totally earth-related craft, but a lot more interesting than pot making or driftwood lamps. I got started at a picnic up in Bowstring in the northern part of the state. A fellow walked through a brick wall right there in the park. I said, 'Say, I want to try that.' Stone walls are best, then brick and wood. Wooden walls with fiberglass insulation and steel doors aren't so good. They won't hurt you. If your wall walking is done properly, both you and the wall are left intact. It is just that they aren't pleasant somehow. The worst things are wire fences, maybe it's the molecular structure or the alloy or just the amount of give in the fence, I don't know, but I've torn my jacket and lost my hat in a lot of fences. The best approach to a wall is, first, two hands placed flat against the surface; it's a matter of concentration and just the right pressure. You will feel the dry cool inner wall with your fingers, then there is a moment of total darkness before you step through on the other side.


I'm just going to sit here a while longer and look at Mr. Rylance, perhaps read a bit more of Louis Jenkins. Maybe tomorrow I'll talk about getting sauced on dandelion wine.

Posted by Teresa Evangeline at 8:38 AM