I Am Not Resigned 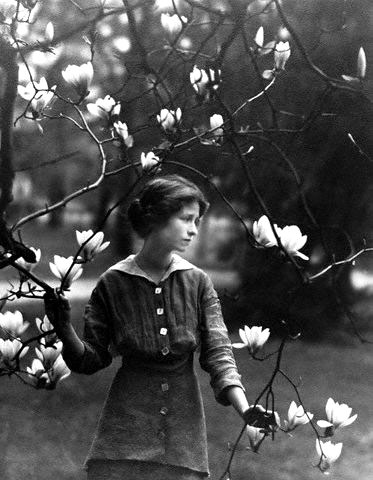 While rereading the comments left on my previous post regarding Mary Oliver's poem, "Peonies," I was struck again by the beauty of her images and the metaphors for life abundant within her words. When Cletis Stump, in his comments, mentioned Edna St. Vincent Millay, I saw similarities in the cadence of certain lines in that poem and Edna's, "Dirge Without Music." I first heard it many years ago while watching a movie starring Robert Duvall. I don't know for certain but it may have been, "The Apostle," or  perhaps, "The Stone Boy."  In the film, if I recall correctly, a high school English teacher reads this poem to her students. It was the first time I had ever heard it. I was so moved I had to find and reread it as soon as possible. My mother had recently passed and it struck a chord. Let me share it with you and then I'll tell you why, "I am not resigned."

I am not resigned to the shutting away of loving hearts in the
hard ground.
So it is, and so it will be, for so it has been, time out of mind:
Into the darkness they go, the wise and the lovely. Crowned
With lilies and with laurel they go; but I am not resigned.

Lovers and thinkers, into the earth with you.
Be one with the dull, the indiscriminate dust.
A fragment of what you felt, of what you knew,
A formula, a phrase remains, -- but the best is lost.

The answers quick and keen, the honest look, the laughter,
the love, --
They are gone. They are gone to feed the roses. Elegant and
curled
Is the blossom. Fragrant is the blossom. I know. But I do not
approve.
More precious was the light in your eyes than all the roses in
the world.

Down, down, down into the darkness of the grave
Gently they go, the beautiful, the tender, the kind;
Quietly they go, the intelligent, the witty, the brave.
I know, but I do not approve. And I am not resigned.

I haven't yet written a great deal about my father. Father's Day came and went, as did his birthday a couple of days later, and still I didn't feel any draw towards writing about him. As the date of his passing approaches, June 30th, six years ago now, I have given this some thought and realized it's because I don't feel he's gone. I still feel his presence in my life, very much. I'm not referring to his influence on me, although there is that, I actually feel his presence, and have since the day he passed. No, not every day, all day long. Certainly nothing like that. I do, though, often feel him near when I have questions and have turned to him for his thoughts when I'm struggling a bit. So, to write as though he is gone doesn't feel true. This is not just wishful thinking nor a flight of fancy. Perhaps I should tell you about what happened the day of his passing. I don't know anything with absolute certainty, but I know what I experienced.

I got the call from my sisters around 5:00 in the morning. I was half expecting the call as I had just flown from Santa Fe to Minnesota twice in the previous six weeks when we thought his passing was imminent, but was instead a false alarm from which he had seemed to rally. I had spoken to Dad on the phone the previous morning and felt we were very much at peace about our relationship although Dad, I know, had lingering concerns about me living far away from home and family.

After the call, some crying and walking around in a daze for a while, I made plans to fly home. I couldn't get a flight until the following morning, so I decided to run a couple of errands in town. As I often did, I took the service road running parallel to the interstate. It's a somewhat calmer drive, although usually a fairly busy road. This day it seemed to be very quiet, in fact, I didn't pass a single car. A few miles outside of town, I saw him. No, not my dad, but something that very much symbolized him. He was coming up out of the arroyo and onto the road directly in front of me: a beautiful, large whitetail deer with a magnificent set of antlers. I put on my brakes as he calmly walked past, chest jutting out with a sense of pride, strength, and determination. He looked like Bambi's dad. Seriously. And I swear, he paused ever so slightly to look at me through the windshield. I sat there, transfixed.

After he had walked out of sight, I slowly moved on, held in a sense of wonder. Just before I got to town, I pulled over on the side of the road as a torrent of emotions washed over and through me.

That afternoon, I called to tell my sister. She said she had just returned from the funeral home where Dad had a couple of years earlier made most of his own arrangements, including the selection of his casket. She said that on the inside of the lid, embossed in beige satin, was a large whitetail deer with a magnificent set of antlers.

Posted by Teresa Evangeline at 9:16 AM