And the Road Goes On Forever 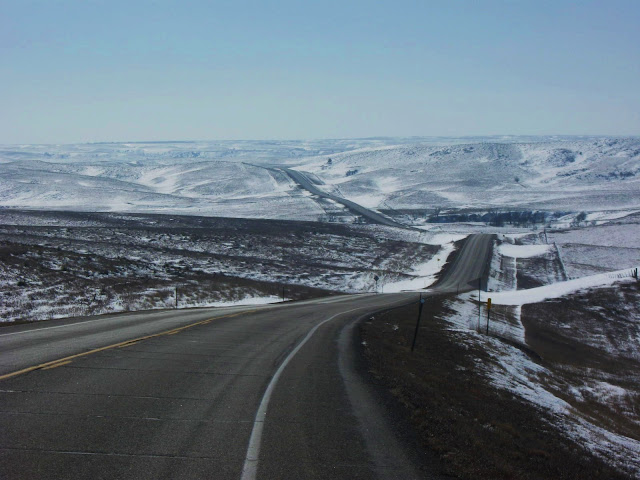 When traveling out west, I-90 has become the preferred artery for me. It has fewer semi-trucks and better scenery. And, I get to cross the Missouri River at Chamberlain, South Dakota, one of the prettiest spots along any interstate.  Many years ago, I discovered US-83, running between I-90 and I-80. You exit just before you get into the Badlands - a place beautiful in its austerity - and head south, down into Nebraska. It feels as though you've stepped through a portal into another time, the edge of the New Frontier, the yet-to-be-discovered West. 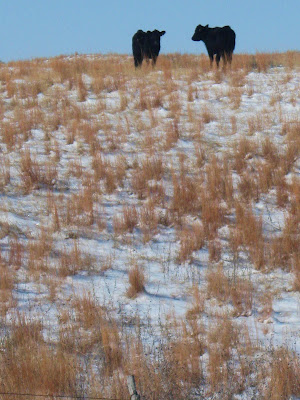 There is a sparseness to the landscape that I find beautiful in its simplicity. Living there would mean a certain loneliness, but there's something in the momentary melancholy I find appealing as I drive through a landscape composed of undulating hills as far as the eye can see, dotted by lone trees and old windmills, some of which still provide water to the cattle roaming these hills. It makes me think of hard-working people loving the land from which they struggle to create their lives, a land of pickup trucks and Black Angus, working cowboys and mercantile. I find it very satisfying to know they still exist. 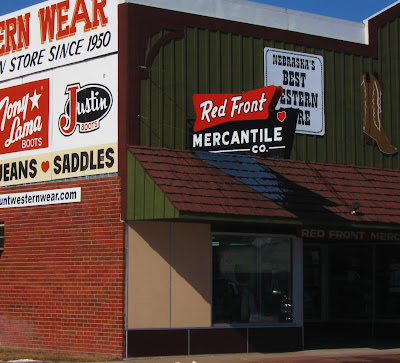 My first trip through that part of the country was made in early spring, some time in the mid-'90's. It included a stop at a roadside kiosk describing the Sand Hills, which cover about one quarter of the state. I stopped long enough to read the information, take a short walk around and let my imagination wander down those side roads that seem to lead to nowhere. Nowhere is home and refuge to mule deer, coyotes, red fox, wild turkeys, and many other critters. That evening, in a room in Ogallala, I spent a lot of time picking sand burrs out of my moccasins. 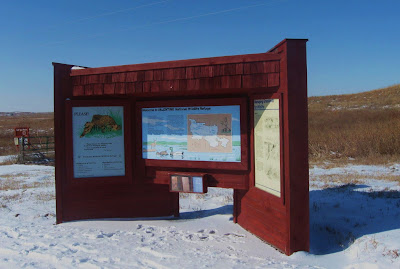 As I came back through a few days ago, en route home to Minnesota after a visit to Santa Fe, I stopped again at the kiosk. There was a light blanket of snow on the landscape adding to the quiet, the sense of the undiscovered. The vastness, when covered in white, casts a blue tint reflected back from a clear and endless sky. No sand burrs this time, just a sense of being drawn into a deep stillness. 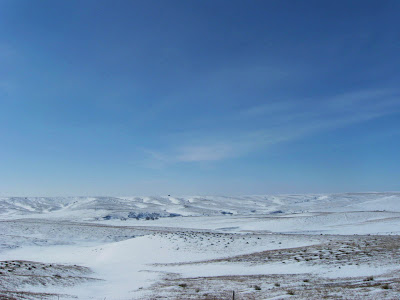 Valentine sits mid-way through this country. It's a small town of just over 2,000 people, people who still shop at the mercantile and bank where there is surely the finest "carving" found on the front of any building across the land. It consists of a cattle drive, complete with cowboy, wildlife, an Indian village, and a steam locomotive heading through the center of it all. It's a story depicting the settling of the west.  I'll skip the politics of it all and just say, it's a fine "carving." 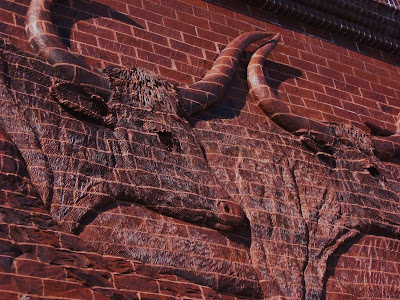 I had driven out of town and down through the valley on the outskirts, when a small voice told me I wasn't done with Valentine. I spent a minute or so questioning it, then found myself pulling over, turning around and heading back, knowing there were more pictures to be taken, buildings to notice, a town to fall in love with. 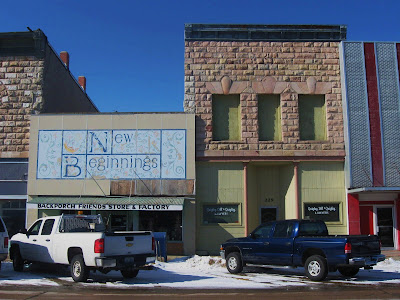 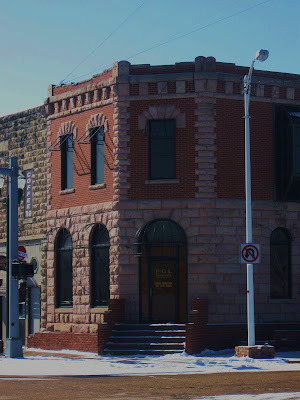 The sidewalks of Valentine are lined with red hearts on both sides of the main street, including hearts on the street lamps. There's also an interesting mixture of architecture, from Prairie to what can only be described as Late 1950's Storefront, with a nod to Art Deco thrown in. The light wasn't perfect for photographs at mid-day, but I couldn't resist. There was a grain elevator silhouetted against the sunlight and stores that begged for attention I was only too glad to give. 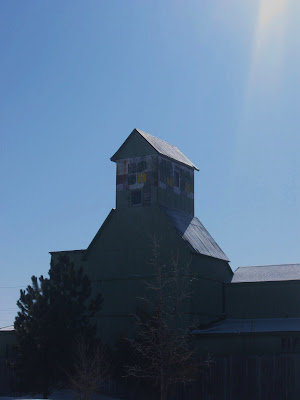 A bit later, as daylight was waning, I had trouble getting in my car and heading on down the road. Valentine seems like the last holdout, a vanguard against change, the kind of change that has occurred across our country creating a deep divide that appears untraversable. I don't long for the way things were. I do long for a strong sense of community where people look out for one another and find solace in their shared lives. 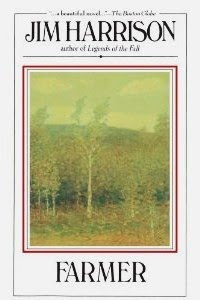 I plan to revisit Valentine next time through and will stay the night. Jim Harrison, one of my favorite writers, who centers some of his writing on the country around Valentine, says they serve a mean steak at the Peppermill. I'm not much of a steak eater any more, but it would be fun to sit there and imagine Jim eating one. He once told me at a book signing at the Lensic in Santa Fe that he spent the night sleeping in a park in Brainerd, Minnesota, just down the road from my then former and now current home. I can see him there now, before Farmer (which includes one of the finest endings in literature), before Legends of the Fall and fame found him where he was. 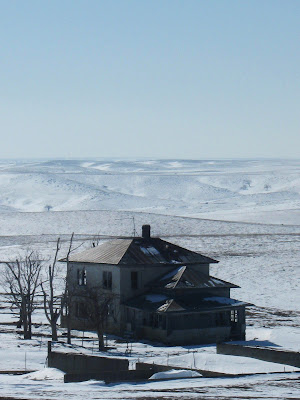 Yes, I did sort of fall in love with Valentine. And, I sort of fell in love with myself. It left me in a state of unmitigated joy, the kind of joy that wraps you in a soft blanket of blue sky as you drive on down the road, holding you quiet and hopeful as you head further into Life. 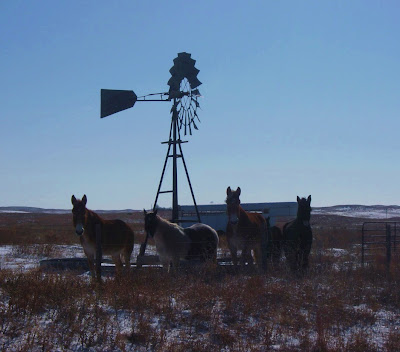 Posted by Teresa Evangeline at 11:17 AM