Why I Do Not Want to Be a Hotel Manager 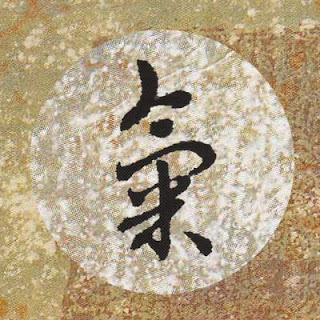 My computer is talking back to me. Some days it seems like it is scrolling along in time with my thoughts, reflecting back to me right where I am. For example: a while back I was going through a bit of a struggle and needed a little help from my friends. No, not the pharmaceutical kind, real people who know me and offer help according to that knowing. I opened my email that morning and there was a message from a friend out east reminding me to, "just breathe."  While I was reading that, another friend called from up by Taos and when I told her my tale of imagined woe kindly said, "remember to breathe." While she was saying that I happened to glance at my computer screen and there above my email inbox was an ad with a tree and big letters that said, "Take a deep breath." See?  And that's just one example. I could go on and on. I also get messages from bumper stickers and billboards, but that's just me looking for, "signs and wonders," and thus finding them.

There are also ads encouraging me to sign up for online singles match games and, "find my own brand of happiness." That's right after the reminder, "sex after menopause doesn't have to be painful." There are so many lines that could follow that, I've decided to let you fill in the blanks. Here are some possibilities:
1) It depends on the position.
2) You must not be doing it right.
3) I'd settle for even painful sex.

My computer is also trying to find a job for me, a new career, most of which involve cubicle imprisonment. I see the old standbys are still available, such as social worker, accountant, paralegal, graphic designer, criminal investigator, the usual suspects. There is also HR Officer. I think that's human relations officer. When did human relations need an officer? Or is that human resources? That begs the question when did we become resources? I was also a bit intrigued by the addition of Bounty Hunter. Dawg has unduly influenced our culture, methinks.

Then, there's Hotel Manager. I used to work for a large resort here in Minnesota. A friend worked the night shift for the maintenance department and reported that one night he got a call to a unit in which the television was on the fritz. When he arrived, he found three youngsters lined up on the couch in front of a television with a blank screen waiting for his arrival. It was as if their lives were on hold and he had to turn on their reality for them again. We laughed about it, then went back to watching NYPD Blue. Now, of course, it would be The Mentalist, because he's even yummier than Jimmy Smits.

I'm not looking for a new career or looking for love in all the wrong places, but I do enjoy seeing my thoughts mirrored back to me from the most unusual places. A great movie I had almost forgotten about, "A Thousand Clowns," with Jason Robards, came to mind for reasons I haven't deciphered yet. Maybe because it was -30 degrees here this morning and I could hear the sound of cars not starting. Jason, as Murray Burns, goes out to the street in the early morning, his angst following him around like a lost puppy. He looks up at the endless empty windows and yells, "Alright campers! Everybody out for volleyball!"  Life is so fun if we let it be.