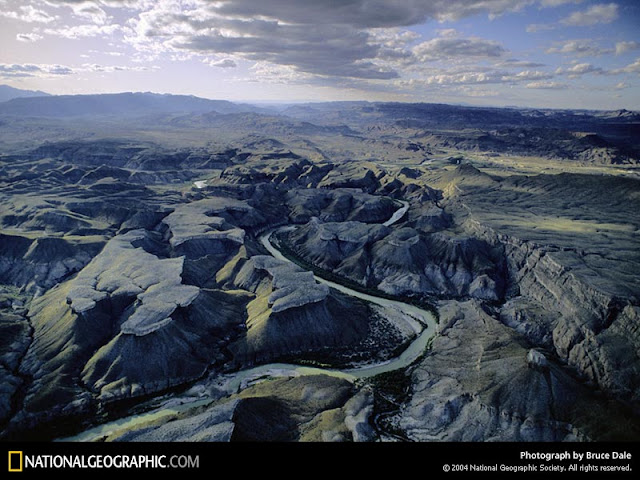 Ebenezer Bryce, an early Mormon settler for whom Bryce National Park was named, once said of the terrain surrounding his home, "Hell of a place to lose a cow." That could be said of several places in the southwest. The one that came to my mind this morning is Big Bend, down in Texas. It covers a hell of a lot of territory, over one million acres of public land. Hell is an apt description on a hot day in this back country. It's the kind of country that comes with brochures on, "How to Survive in the Desert." Water, being the key word. A lot of it. More than you might think. But, it's a beautiful place to be.

If you head down that way you might want to stock up on victuals in Marathon. Marathon is a cool little town on the edge of the park with a beautiful hotel and some fun shops. It was the first time I'd run across a sign on the door of a shop stating, "Closed from 1:00 to 4:00." Siesta. I wished the shop was open, but even more, I wished I lived someplace where siesta was part of the natural flow of the day. Sounded good to me. 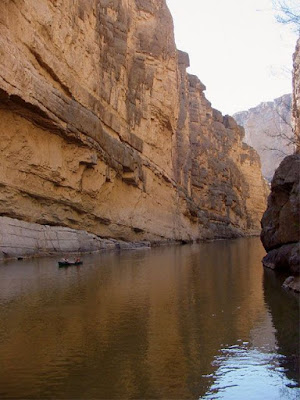 We were accompanied on our trip in by the Moody Blues, "I Know You're Out There Somewhere," "Nights In White Satin," "Tuesday Afternoon," all the way to Cottonwood Campground on the southern edge of the park, close to the Rio Grande. This was the late '90's and we were spending a couple of months in the southwest, traveling in a van like a couple of old hippies. Things can get tense traveling that way so we spent as much time as possible in the great outdoors. Not hard to do on the roads we were traveling.

The first night, we settled in for a spirited game of gin rummy at the picnic table, by lantern light. Later, we talked about the signs. You know those feelings you have that tell you when someone else is present? In this case, it was something else. Quite a few somethings. The Universe has a way of sending along additional information in case you've ignored the first communique. So, a sudden burst of wind came through and across our table. We managed to hold on to most of the cards, but a couple of stragglers left, landing somewhere on the ground among the trees, away from the table. We went after them with the lantern, only to discover that, indeed, we were not alone. A small herd of javelinas were quietly munching their way closer and closer to our picnic table. About a dozen of them. They were so close by the time the wind came up they could have hopped up on the table and said, "What's for supper?"

Not wanting to be supper, we slowly moved toward the van, one walking forward, the other walking backward, checking the trail between us and the van, not to mention our back trail. It seemed a lot longer than I know it was. We must have looked like a couple of the Three Stooges. Had either of us been startled it would have quickly become mayhem, possibly resulting in flesh wounds. Needless to say, we made it into the van, piling in with the thought of javelinas nipping at our heels. I am here, writing this, so all's well that ends well. We can't say we hadn't been warned. The brochures said they were out there. On subsequent nights, we watched as they foraged their way through the campground from one end to the other. It was a nightly ritual. 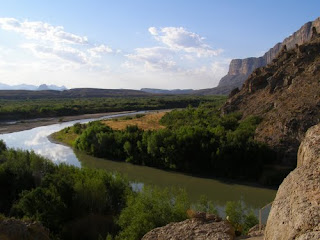 A few miles from the campground we took a boat ride across the river to Boquillas, a small town in Mexico (I read this is no longer an option, for security reasons). There's a man with coal black eyes ... No, not really, but they were kinda dark and he was kinda handsome and we brokered a deal to have him ferry us. He stood at the helm, a long pole in his hands, and brought us across the river. No, his name was not Charon and it was not the river Styx and it's a good thing. We would not have had the proper coinage. Obols under tongues and all (God, I love mythology). Anyway, he seemed a kind soul and I felt very safe. We walked the dirt streets of the sleepy little town, stopped for lunch at a small cafe where a few other gringos had landed, and then back across, safe and sound. Day-tripping at its finest.

Every where you go in Big Bend constitutes a day trip. This is a big place, as I mentioned. A few days later, we needed to lay in some supplies, so we headed to Castolon, a historic little town with a general store called the Harmonia. That it was. Few choices, but a nice place. I love back country stores, still serving the people in the most fundamental ways. We bought supplies, I made a few calls home on the payphone outside, and then we headed back. 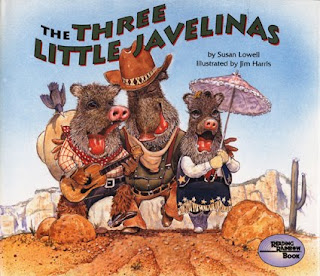 Later, we bought a children's book, "The Three Little Javelinas," to commemorate our adventure. We bought it in Terlingua. But, that's another story, and a favorite memory of mine. I'll share it with you next time.


A note for clarification: the photography in the body of this posting is not my own. I borrowed it from a Big Bend website.

Posted by Teresa Evangeline at 1:14 PM