An Old Black Van and a Ripe Yellow Pear 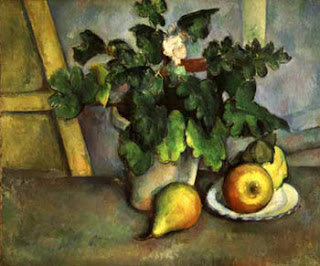 I awoke one summer morning when I was five with the news that the neighbor's son had returned from working away and had brought a woman home with him. This was not news delivered directly to me, but to my ears as I lingered in bed listening to Mom and Dad talk at the kitchen table. Ours was a small house and listening to them was comfort food. It also gave me the inside dope on what was happening in our little neck of the woods.

They had apparently arrived together the day before and were staying in a van parked in the woods near his grandmother's house on the corner. I knew that his Grandma Korich was a good woman with a big heart beneath her full bosom. But, they were not married, so they were relegated to their van in the woods. It was a time when the un-marrieds, when visiting, were not allowed to sleep together, even under the same roof sometimes, for fear of what the immortal souls of those who allowed such behavior would suffer in the afterlife. But, it was music to my ears. They were living in a van in the woods!  How magical was that?  My sister and I could hardly wait to go and pay a visit.

I don't recall the specifics of getting ready for this but I probably didn't take time to put on my shoes. I rarely did. I know we had to walk the dirt road, about two hundred yards to the corner. I know the distance because Dad had a big sign up near the corner, close to the highway, telling folks that we bought wild rice, just two hundred yards down the road. I have an image of knocking on the back door of this black van, circa 1950 something, and being invited in to their little abode.

We found out her name was Carol. She had long black hair and a beautiful smile. And, she was a Native American. She asked us to come in and sit down. There we were, our sturdy mid-western legs dangling from the bench seat inside. I was in heaven and thought she had the best place to live of anyone I knew. Its smallness felt just right, like a cave with soft edges. Deep in the recesses of my memory it gave me a sense of home, of place. It was perfect.

Carol offered us some fruit, handing each of us a yellow pear. We quietly ate them, relishing their ripeness, wiping the juice from our small chins. We didn't ask ourselves the questions that those who lived in the world of grown-ups might have, we were just happy to be in her presence; we felt her gentleness, her graciousness. Her willingness to invite us in, to feel a part of something bigger, something more than what our small world allowed, still reaches out to me across the years, across all time and space, where it rests in my memory, peaceful and pure.

Posted by Teresa Evangeline at 1:19 PM