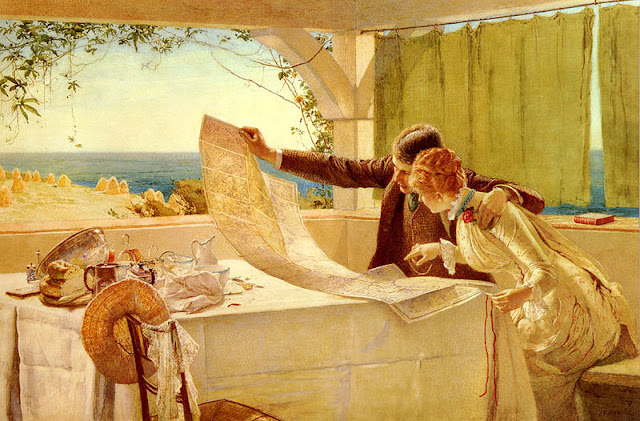 My love affair with all things cartographic seems to be a current theme, with maps playing a huge role in my life. I love almost nothing more than poring over one to see where I am, where I might be going, and the possible routes that will take me there. I try to turn the seemingly endless options over to the Universe, listening as I go, so I don't get caught up in driving down a dead end road, or on a side trip that leads to a dead end. In more ways than one. Been there. Done that. Really don't want to repeat it.

I do like what William Least Heat Moon describes as blue highways, and I do love those signs that say, "Pavement Ends."  I have spent many an hour and even whole days driving the low maintenance roads that lead through our state forests. When I get through to the other side, yet another road waits for more discovery. It's the best kind of daytripping.

My explorations have often involved topographic maps. I like going into BLM offices and seeing what they offer. Canyon country requires a thorough perusal of one to get a feel for how long you can remain in a canyon before you run out of daylight. You want to be in and out before dusk descends. And it happens early in the canyons, surrounded by rock walls. I've never camped down in them, only at the top, waiting for daylight to show me the trail. I do think that would be a cool experience, though, cool being the operative word. One would need to be thoroughly prepared. Either way, learning to read these accurately is essential. I still have several topos that were constant companions during those explorations. 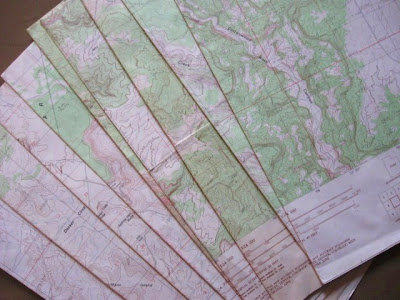 Maps played a big part in my travels out east, as well. Each trip out, I tried to take a slightly different route so that I might see as much of the country as possible. While still living in Santa Fe, I took a more southerly route, through states I'd only flown over or into previously. I covered a lot of great territory.

One trip out, I momentarily got caught up in the road, missed my turn and ended up going down a small road, through very interesting country, chock full of photo opps that I would have missed out on had I stayed with the original plan. No back tracking here. I just went straight on through to the next possibility. In doing so, I got some great photos of an old farm somewhere along the Delaware Water Gap. I blogged about it, of course.

Occasionally, I will stop to check the atlas. No GPS for me. I don't want the chatter and I don't want to miss out on opportunities that the Universe knows I need more than I do. I also like to just drive in the general direction, knowing I'll come out when and where I need to. Leaving things open to "chance," and the adventure inherent in an altered course of action, has led me to some pretty wonderful experiences. I don't intend to change that. Ever. 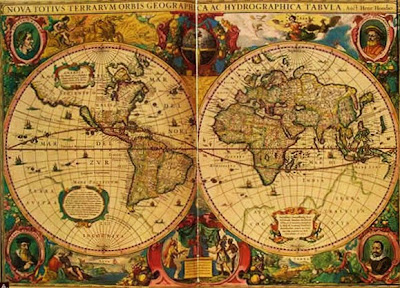 As I was writing this, I found myself thinking about Beryl Markham and her flying adventures, especially over Africa. I went looking for some words of wisdom from her and found this:

It was disconcerting to examine your charts before a proposed flight only to find that in many cases the bulk of the terrain over which you had to fly was bluntly marked: 'Unsurveyed.'  It was as if the mapmakers had said, 'We are aware that between this spot and that one, there are several hundred thousand acres, but until you make a forced landing there, we won't know whether there is mud, desert, or jungle -- and the chances are we won't then!'
~ Beryl Markham, West with the Night

Whether talking about mapless roads, less-than-perfect flight plans, or uncharted terrain of the heart, her words encourage me to never be afraid of the "unsurveyed." 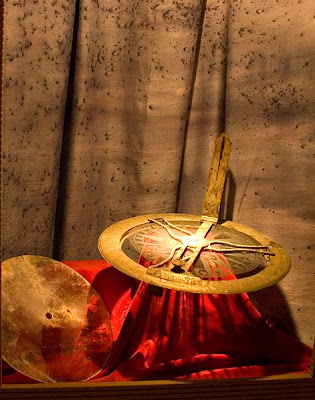 All images are borrowed from Google, except for the second one of my topographic maps.
Top image: Edward Frederick Brewtnall  (1846 - 1902),  "Where Next"
Posted by Teresa Evangeline at 1:48 PM