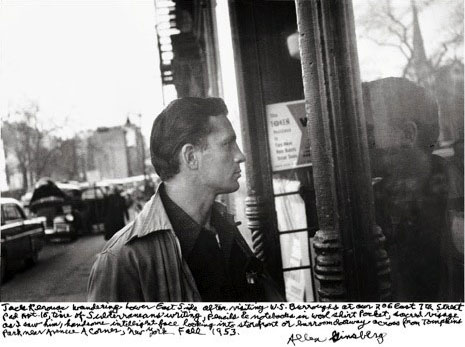 I was going to write about music but got sidetracked by Jack Kerouac. Tonight, I just want to concentrate on Jack.

I was going through some books I hadn't paid attention to in a while. One of my favorites is, Angelheaded Hipster, by Steve Turner. One of the great things about this book is that it has a lot of pictures. Pictures are good, especially pictures of Jack. I could look at pictures of Jack for the next hundred years and never tire of them. But then, I never had the misfortune of actually being his wife or one of his girlfriends. 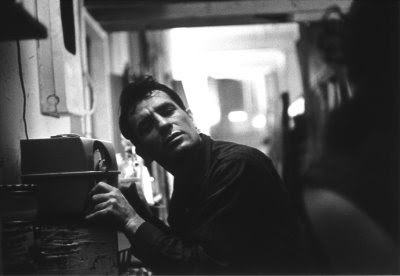 I fell madly, divinely in love with him the winter of 1970. I believe I may have mentioned in an earlier post my little problem of falling in love with dead men. When I read, On the Road, for the first time, I was in heaven. Beatnik heaven. I loved his jazzy talk, his wide-eyed wonder, and his desire to rush headlong into life, guns ablazing. I have a diary from that time and I actually wrote down, 'He's one gone cat.'  Seriously. It was that bad. I think it was his smile, but I also had a secret penchant for bad boys. Bad boys who walked the razor's edge quietly stole my heart again and again. Jack was one of them. After reading, On the Road, I discovered he had died just weeks before. I was bereft.


I went on to read everything he ever wrote. When I read Dharma Bums, I knew I'd read what would become one of my favorite books of all time - that's out of a fair amount of books - and it still holds true. He has a style of writing referred to as stream-of-consciousness. It takes a few pages to get into the swing of things, but once you get his cadence down it's pure magic.

One of my favorite Christmas gifts from several years back is a CD of Jack himself reading sections of, On the Road. I've listened to it while driving down parts of old Route 66. It includes a recording of him singing, "My Funny Valentine." Man, that is some kinda cool.

I decided not to post the usual photos of Jack that we see but to include two of my favorites, pictures that show him caught in a moment in time. The one on top has notations underneath by Allen Ginsberg. It was taken in New York City when Jack was writing, The Subterraneans, and is dated "Fall, 1953." The other is Jack tuning into a radio station.  Sigh.

Looking through Angelheaded Hipster today reminded me of how fun it was to be young and full of expectation, feeling invincible, like anything is possible. But, I wouldn't trade now and what I know now for anything in the world. And loving bad boys is one of those things that sounds better in theory. Even so, I still miss him.


Posted by Teresa Evangeline at 6:30 PM