I Am Not A Rock, I Am Not An Island 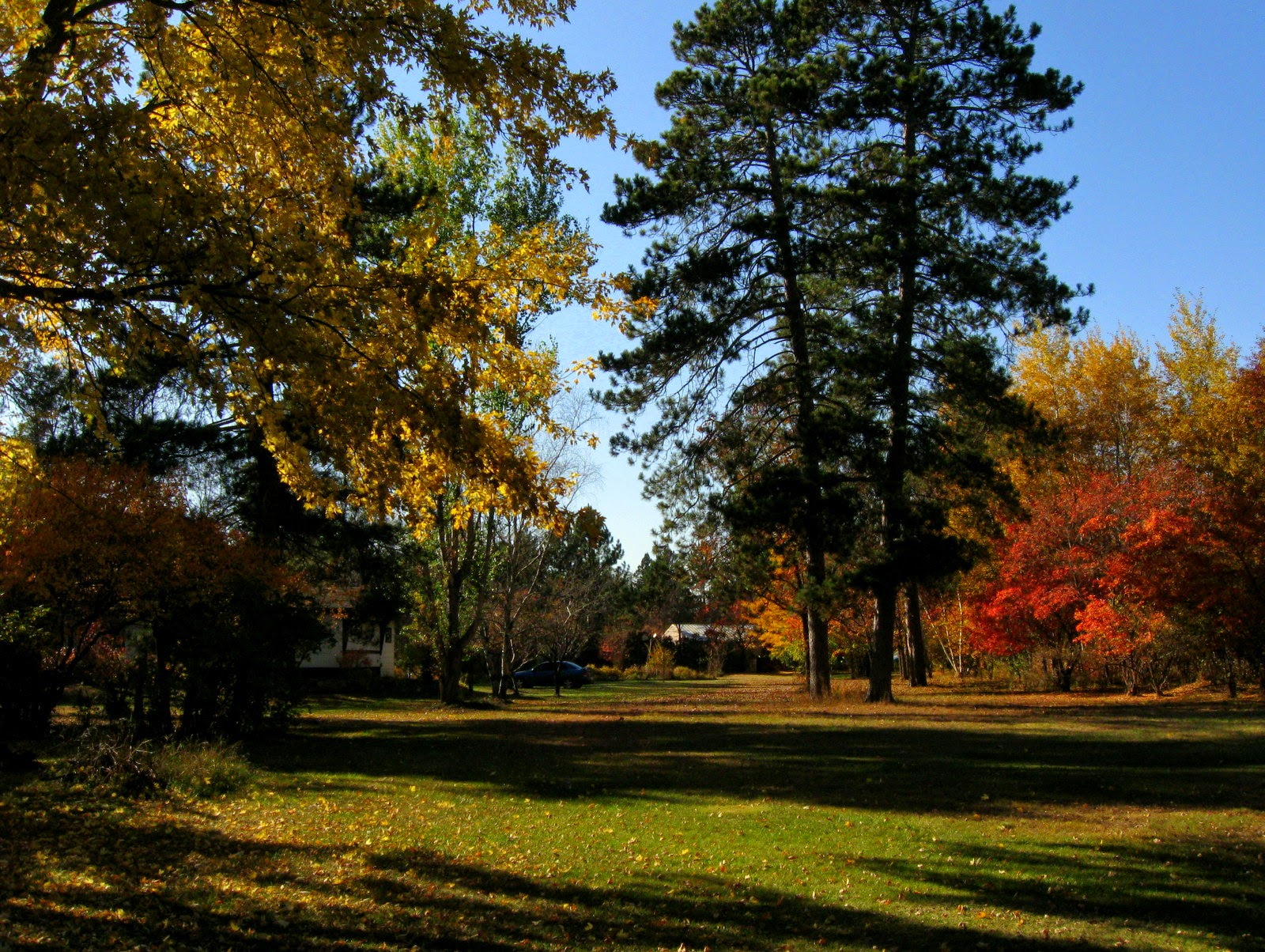 On Labor Day I labored, and it felt really good. I sawed dead branches from several trees and from shrubs near the greenhouse; both the shrubs and the greenhouse needed more sunlight. There is great satisfaction for me in this work. I have grown to love piling brush, something I hated doing as a child. I like knowing I'm clearing away those things that need clearing both in my physical and spiritual life. Sometimes we just need to do it.

Half a century ago my father developed lakeshore around Ox Yoke Lake - the lake of my childhood - building cabins for summer and weekend residents. The family spent many days clearing brush and hauling it into piles. In the evening we would be rewarded with hot dogs roasted on sticks over the fire followed by s'mores. If you've never eaten a s'more, well, time's a wastin'. Here's how: graham crackers with a couple of squares from a Hershey chocolate bar and a marshmallow, also roasted on a stick. This is the preferred method. When times get tough other methods may be employed. You'll figure it out.

After clearing the brush I worked on a new compost pile out by the garden. As they say, next year in Jerusalem. I followed that with much baking of zucchini bread, some with dried cranberries added. Fortunately I froze most of it. I also decided to find new ways to use zucchini, so I shredded a bunch (that's Minnesotan for a lot) and have added it to BLT's and other sandwiches, as well as omelets. It's non-stop zucchini season as some of you might know. Years ago there was a wonderful writer for the Christian Science Monitor named John Gould. He did a weekly column for them about life in the northeast - Maine, if I remember correctly. In one column he wrote of zucchini season and how, out of necessity, everyone started locking their cars. If you didn't you might return from your errand with a back seat full of zucchini. This type of story has now become ubiquitous, and I more fully understand it.

Later in the evening Buddy and I were treated to a sky show. With thunder rumbling overhead and the sky lowering, the sunset went on as usual. It turned all shades of pink and violet. Across this beautiful expanse came some amazing horizontal lightning bolts. Buddy soon decided he'd had enough so I let him in the house and continued to stand on the porch at what I was sure was a safe distance. But, Buddy must have faced reality sooner than I, covered in fur and all. With the next one I could feel the small hair on my hands stand up. It was time to go inside and watch from the window.

I like summer but I love fall. The Farmer's Almanac has purportedly predicted another long, very cold winter for my neck of the woods. So, I'm going to relish every day of this slanted sunlight and prepare for what may come. I have short story collections by my favorite writers and more than a few books of poetry. I have a set of watercolors yet to have the package broken open on them. I have the cooking channel (I'm hooked on "Chopped"). I have music, I have Buddy, and I have all of you. I am not a rock. I am not an island. But, I'll post the song anyway because who doesn't like Simon and Garfunkel.

The photograph is mine, taken in the fall of 2012.

Posted by Teresa Evangeline at 10:01 AM