For the Woman In Ithaca 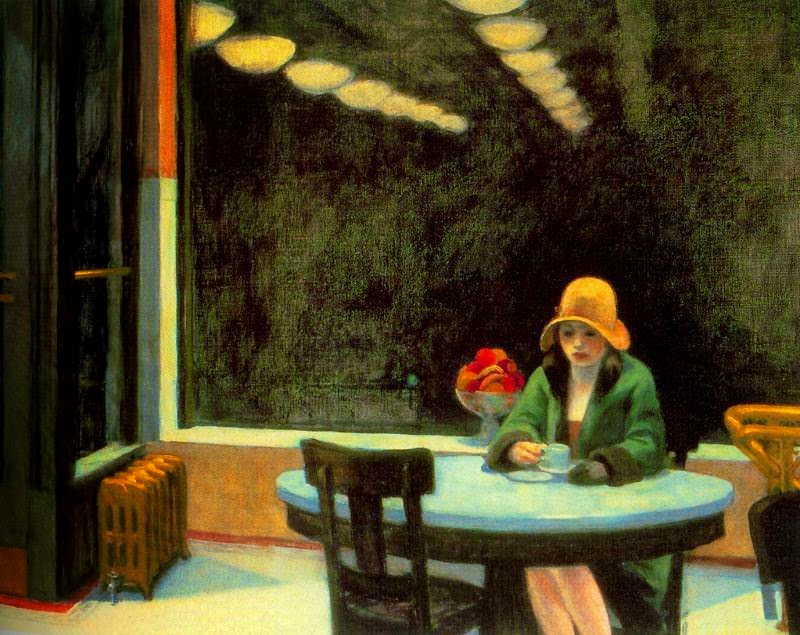 The next day, my companion and I stopped in a bar/cafe somewhere up the line to get a bite to eat. A few people were shooting pool and playing the jukebox. I noticed every song they played was by Elvis and thought, "They sure are Elvis fans." You know where I'm going with this, right?

We drove through Yellowstone, saw some elk, stopped at Old Faithful - the usual things one does in Yellowstone - still out of tune with the rest of the world. It wasn't until we were leaving Yellowstone that we finally turned on the radio. Just as I did so, the announcer said, "They're lining up at Graceland to pay their respects ..."

When I read this poem today, that came to mind. But, the poignancy of this poem far outweighs, for me, the poignancy of losing the King. This is about a real person hurting over a real life who, for all we know, still struggles through the occasional night when she wonders ... I like how the poet honors that grief.

There was a woman in Ithacawho cried softly all nightin the next room and helplessI fell in love with her under the blanketof snow that settled on all the roofsof the town, filling upevery dark depression.Next morningin the motel coffee shopI studied all the made-up facesof women. Was it the middle-aged blondewho kidded the waitressor the young brunette liftingher cup like a toast?Love, whoever you are,your courage was my companionfor many cold townsafter the betrayal of Ithaca,and when I order coffeein a strange place, stillI say, lifting, this is for you.

Painting by Edward Hopper
Posted by Teresa Evangeline at 12:18 PM