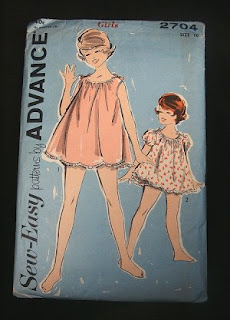 If this was the summer of 1963, Jane and I would be getting ready to head out for summer camp, better known as Camp Jim. Yes. Camp Jesus Is Mine. We were a mostly-good Christian family so we spent a week there three summers in a row. I suppose we went because Mom and Dad wanted us to socialize, have a bit of regimentation and discipline to at least one week of our summer, maybe get a better handle on this "being saved" thing, but mainly because, let's get real, they probably needed a break.

We packed a few clothes, our swimsuits, our shorty pajamas, hopefully our toothbrushes, and away we went into the wild blue yonder.

We swam, we went to Bible classes, we raised a little hell in the dining hall, and in the afternoon we had group activities. That's where the real trouble started. Me and group activities have never gotten along very well (Mom would have my hide, verbally, for saying 'Me an.' She always said, "There's no such person as Me-an. Always mention the other person first.").  Any waaaay, these group activities were usually athletic in nature. Now, I was an outdoor kid, ran through the woods and fields, loved a mean game of Horse at the hoops or badminton on the lawn, but softball was not my forte. I could hit the ball pretty good, but waiting in line caused untold anxiety and that was where Jane and I began our plan for The Great Escape. We lined up fairly close to the woods, thankfully, the woods creating a cover for which we were eternally grateful. We were good Christian kids, after all. Shelby, our closest friend and cohort-in-crime, helped us hatch and implement our plan. I think some telepathic communication might have been involved, because next thing you know we're hightailing it for the woods, not looking back until we were well on our way to the cabin and safety from numbers.

Once there, we had no further plan and no fear of retribution, apparently. The idea of being free spoke so strongly that the possible consequences of our actions were basically non-existent. We ran, we walked, but mostly we laughed, becoming absolutely giddy with freedom.

And then the counselor found us lying on our bunks, not giving a you-know-what. She exhorted us to mend our non-Christian ways while we pretended to listen, but mostly we were suppressing a pending gale of laughter. Nothing like a good disciplining to bring out the fun. I'm telling you, we weren't bad kids. We were just used to doing summers pretty much our way. Riding horses, swimming at will, looking for the Perfect Place To Build a Fort, and we certainly didn't answer to any dinner bell. We had picnic lunches whenever we got tired of walking around in the woods, picking wild strawberries. We didn't want to play any stinking group games with strangers, especially softball. I just wanted to graduate right to archery, which would have been so fine. But, they didn't let me near anything resembling a bow and arrow.

Noooo, we got KP.

KP meant we had almost free rein in the kitchen. Foolish authority. Shelby and Jane were in the corner washing pots and pans, and I was doing God-knows-what, when they discovered that those marine style sponges make great artillery. I soon joined them and the fight was on. Water, water, everywhere, and not a drop to drink. How do you give kids who are having too much fun on KP more KP?

Probably a lot of shaking of heads ensued, could even be where the phrase, "Those Enger girls ..." got started, but who knows. I'm speculating.

Suffice it to say, I did not earn a merit badge that summer, nor the next summer after that. I never earned a merit badge. Not even an honorable mention, which Jane eventually managed, somehow. I just sat near the back and listened as the names of pretty much every one else were called, or so it seemed. I might have felt a little bad for my actions, but mostly I was happy to be going home, back to summer my way.

The question remains: why didn't they just send us home?  I suppose the possibility of redemption was always at hand. Mama and Dad?  Nary a word was said, as much as memory still serves me. They knew us, they loved us, we weren't trying to be disrespectful.  At least that's the way we saw it. We were just kids who didn't cotton to rules. I don't think we hurt them. We saved that for when we were teenagers.

I will revisit Camp Jim and share the faux saving of my sorry soul, as well as other shenanigans, but that's for another time. I fear I've divulged too much already.

While I was writing this, a Merle Haggard song kept running through my mind, so here he is with, "Mama Tried":

Posted by Teresa Evangeline at 12:45 PM