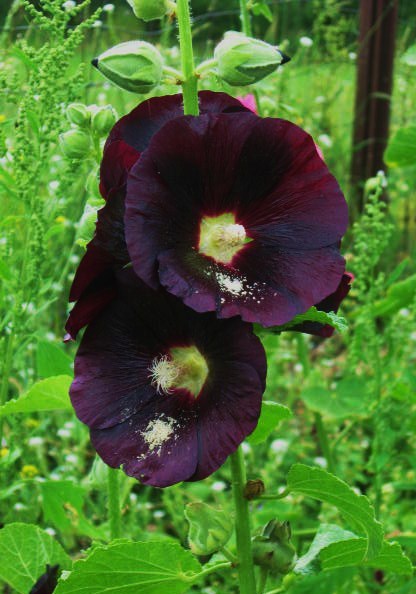 The hollyhocks have arrived in full regalia, showing off in a variety of colors. Despite the deer having nipped off some of the young buds earlier in the summer, they survived and are thriving.

I have since discovered Liquid Fence, which has a pretty powerful odor upon application and then dissipates for humans, remaining potent enough to repel the deer and rabbits. I recently failed, however, to re-apply after a particularly heavy rain and so, two mornings ago, they helped themselves to my barely-budding cosmos, as well.

I love seeing the pair as they feast in the field just down the road, where they spend most of their evenings. Recently, after a storm blew through, as Coleman and Britta drove away, they report that the female paused to check them out, not too far from their open car window. They took a couple of pictures with their phone camera and sent them to me. She had stepped closer, curiously turned her head a little bit sideways, as though engaging in some after-the-storm camaraderie. 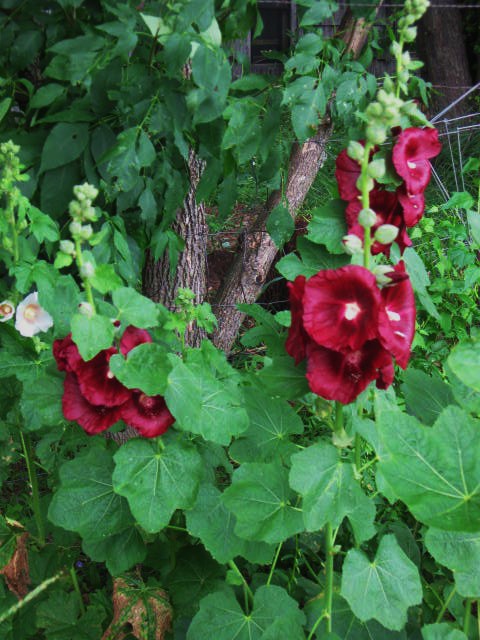 I spent a couple of hours in my veggie garden this morning, trying to gain the upper hand over the weeds, who seem to be vying for control. The Johnny Jump Ups I've managed to work around, for the most part, not really qualifying as a weed, but then what does? I'm working on not being overly sentimental about these plants, but also recognize and honor their place in the world, and in my garden. The day I was giving serious thought to how I might deal with them, as I listened for what the best course of action would be, a lone bumblebee came into the garden and pushed his nose deep into the face of one. It was as if the bee and the flower were showing me how it works, their working together for good. I simply could not go forward with my plan of decimation.

The following day, my neighbor came by and we walked out to the garden together. The JJU's were in full array, covering about a fourth of my garden, the part that had not been planted this year. He remarked how beautiful they were and we agreed the scene had an almost Monet-like quality to it. I was tempted to get my camera, but some moments are best savored in the moment, no record except that which remains in memory. 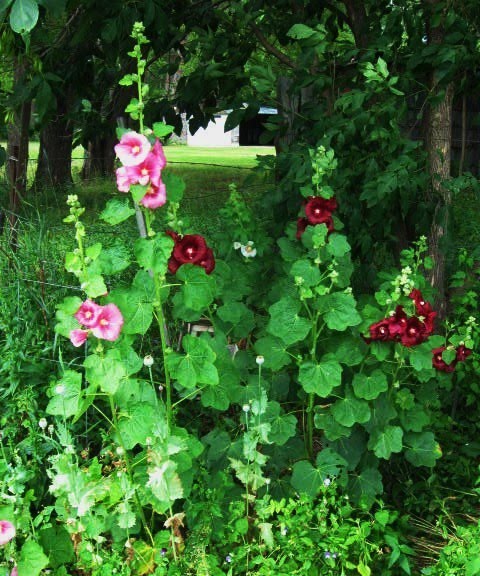 I have several hollyhocks lining the perimeter of the vegetable garden, just inside the fence. My weeding has been focusing on the veggies, so I'm grateful these girls don't seem to mind sharing their space with a few weeds. I talk to them as I work, expressing gratitude for their beauty, talk about how to share the space, not leaving any to feel ostracized by the group. They have their own personalities and are so pretty. 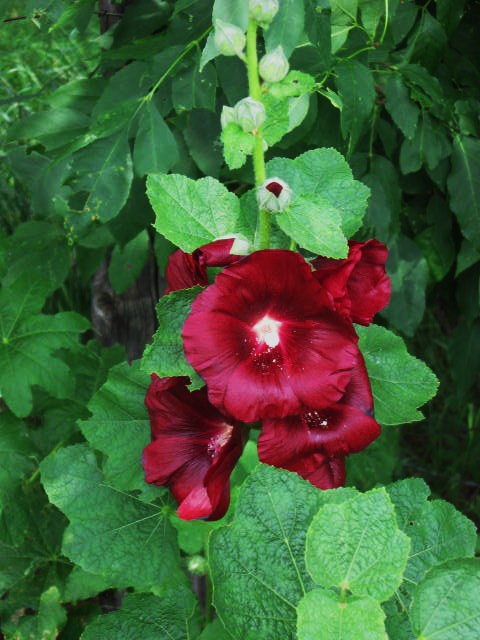 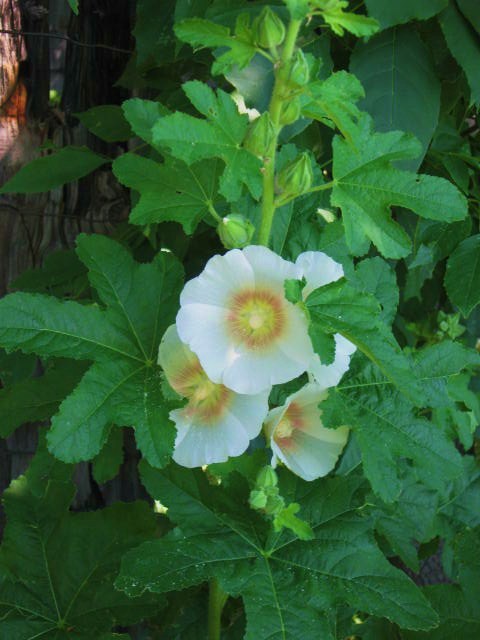 When I was a child, my grandmother had several lining her porch.  My cousins played with them as if they were small dolls. Upside down they created rather nice gowns. I thought at the time it was pretty stupid. Couldn't see it. They were just hollyhocks to me. Nice to look at, but not dolls. Now, I understand it a bit more. They do make rather nice companions. 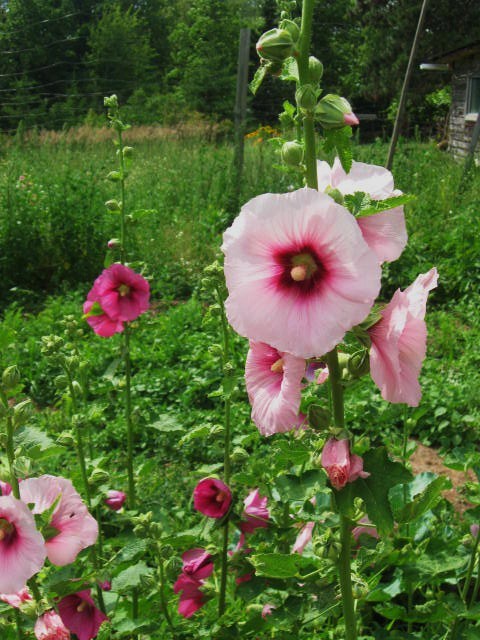 I'm afraid I got a bit camera happy, but they all deserve attention, so here are a few more I'd like to share: 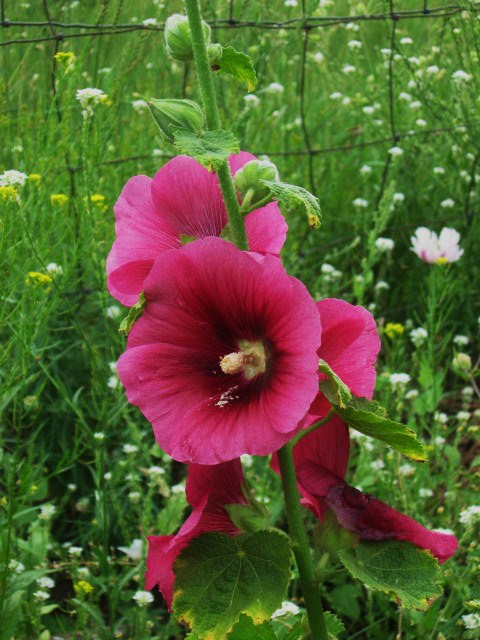 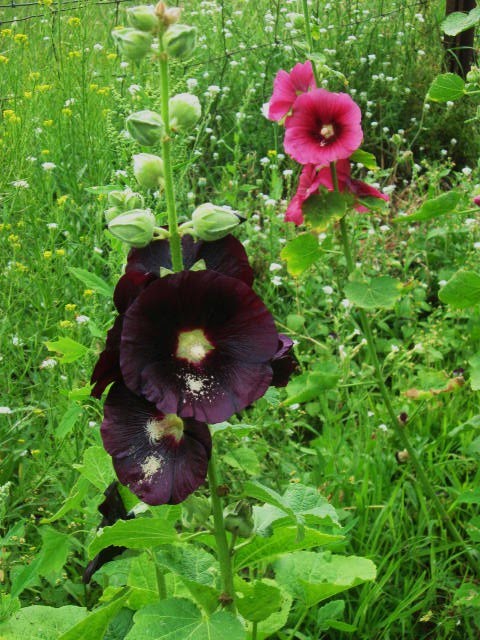 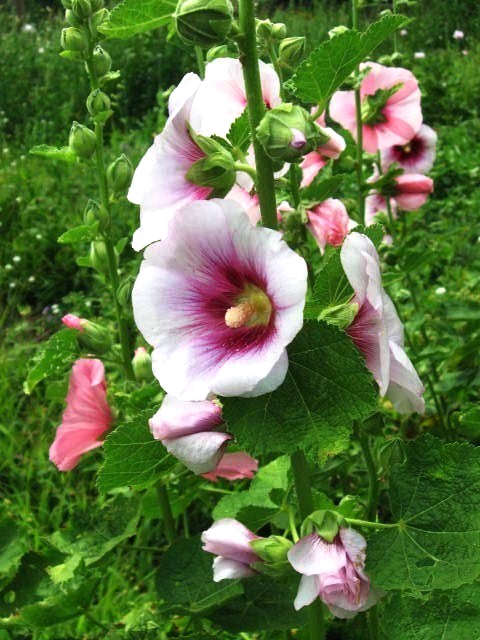 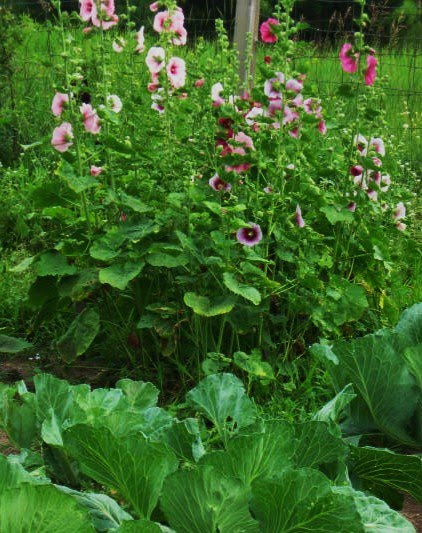 They seem to be getting along well with the cabbages.


Posted by Teresa Evangeline at 2:02 PM