Angels Flying Too Close to the Ground 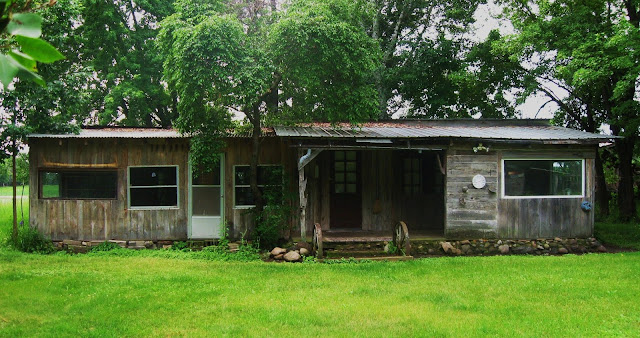 The hummingbirds are bellying up to the nectar bar. Again. They've been at it since early this morning, barely a break between sip-fests. For over a week now a pair have been visiting regularly, taking turns on the perches. Yesterday afternoon another female showed up. At first the Mrs. seemed territorial and a bit agitated (hard to tell when a hummingbird is agitated, so perhaps I'm projecting). She chased her off and claimed her place on the perch.

This morning it appeared the ladies had arrived at a place of peace. They were seen sipping together, side-by-side on their perches, occasionally turning towards each other as though in conversation. I thought maybe they'd formed a somewhat tentative menage a trois. You know, three to a household, ala Tilda Swinton. I tried to take their picture but they were having none of it. Probably no one likes to have their picture taken at a bar.

Then, this afternoon, another male showed up. He did a little wrangling for position, gave a quick glance at the other guy who'd arrived just moments earlier, then went to sipping. Or slurping. Those little rednecks seemed to be fine, having quickly accepted each other's presence. There are, apparently, two pairs. Which is good, because there's a reason, "Two's company, three's a crowd," became a cliche. Have you seen the Woody Allen film, "Vicky Cristina Barcelona?"  That lays it all out, rather picturesquely. 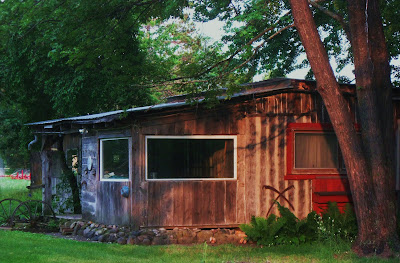 Anyway, I really wanted to tell you about my cabin today. I walked over to it intending to take a few photographs and then come in to tell you about it. While I was out there a storm hit, hard and fast, bringing with it marble-sized hail that was actually bouncing on the grass as I watched from the porch of the cabin. It felt so good, so calming, like I was exactly where I should be in the universe at that moment in time. 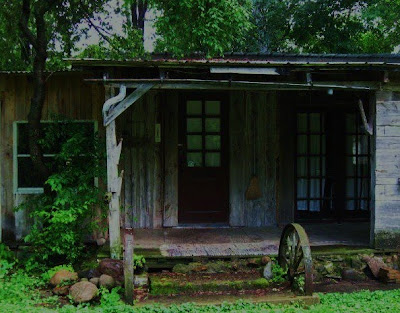 When the hail subsided I went into the cabin and started to pick up and discard those things left behind by the former owner and not of any particular use. There were a few things left behind that could be very useful. Four fishing poles, one made for fly fishing, were left standing alongside the fridge, and a tackle box, complete with tackle inside, close-by. A badminton set and lawn cricket, or something using colorful plastic wickets, hang from a beam.


I don't intend to tussle with any bees, but a beekeeper's hat rests on a shelf along with a box of mosquito coils, the kind we used to buy at the drive-in theater and burn in the back window while we steamed up the windows in front.


I had to wonder how a Mexican sombrero had found its way to the cabin, as though it had been hanging there ever since Pancho and Lefty made their getaway from the Federales.


I  had the best time inside the cabin while a downpour occurred outside. The sound on the tin roof made me happy. I took several photographs, appreciating its aging windowsills ...


and the old Hotpoint refrigerator, circa early 1960's, I believe, which still works very well.


I wandered into the addition where the walls are lined with shelving and hooks hang from the ceiling. They look to have been used for drying something at one time. I speculated. Can't know for sure. There's also an old brick fireplace. A bit larger than the one in the original cabin.


I found a box of  rag balls, the kind used to create rag rugs. All of denim, about a dozen. They warranted a few photographs. They would make good cloth ties for whatever a person might want to tie. Or bundle.


Perhaps I should move on.


There are angels flying up near the beams. The former owner's deceased husband was a folk artist who made a lot of wooden ornaments and such but was also quite well-known in the area for creating wooden fish decoys.

Inside the cabin, there's a wooden sign, hand-written in pencil, which states:  This vertical log cabin was built in 1911 about 4 miles southwest of here. It was the Sarkio home until WWII. I traded 3 sheep for it from Don Witt. It was moved here and reassembled in 1972. Add on is from various sources.
~ Otis, 1987

I must say, the energy inside the addition is very warm and inviting. It was a great way to spend time, the perfect shelter from the storm.


Now, it's evening, another storm is brewing. The hummingbirds? Still makin' the rounds. They're showing some serious signs of addiction.

Posted by Teresa Evangeline at 9:12 PM