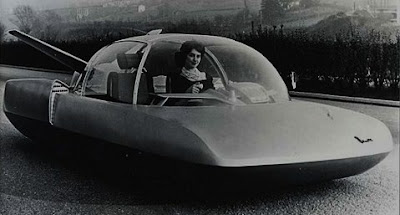 As some of you might know, I love the song of the open road, always preferring it to flying. Long before flying became a bit of a security check nightmare, I chose the road for its quiet, the ability to stop when and where I liked, not having to chat with someone who was talking too loud and asking intrusive questions nor tolerating the sometimes interminable wait either in the airport or on the plane. While others wait I drive, even if I won't arrive until the next day.

I didn't set foot on a plane until I was in my mid-20's. I was on my way to Nashville with appointments at various music producers and publishing houses. I was a sometime songwriter and, no, I didn't meet with much success but I sure had fun trying. I had a songwriting and business partner who would meet me there. That was the flight where a boorish man insisted on talking to me in a loud voice, as my worst fear of flying was being realized. I also discovered that my problem with motion sickness was kicking into high gear and it was going to require my full concentration not to fill the barf bag tucked into the pocket in front of me. They might have been related.

Several flights later, I was traveling on a musician friend's bus across the vast expanse known as Montana and, despite my love of the open road, I was coming to the realization that riding in the back of a bus, no matter how well appointed, was not going to be my life any more than flying in airplanes would be. Other choices would have to be made. I'd watched old farms that I would have loved to photograph disappear in the distance as we kept rolling. And although it was offered to me, I didn't feel I could hold up the show, so I declined. Watching the real world go by mile after mile without being able to stop on a whim just didn't seem like a good choice. I knew that if I continued on that bus I would ride into the future with no control over my own life and just up ahead lay the point of no return. The farther west we went, the closer to California we got, the more certain I was of it.

So, somewhere in Montana, I told my friend that I had to return home, my real life was waiting. We had a long-term friendship that seemed to transcend any possible expectations, so, two hours later, I was sitting in the Bozeman airport on my way to Fargo, ND, where my car was patiently waiting for me. It probably knew I would come to my senses. The flight on a small plane was the only thing that stood between me and my drive home.

The small plane had about twenty passengers. I was somewhere near the rear. We went through a storm about midway, hitting turbulence unlike any I'd known previously. To say I was scared would be an understatement. It was tossing and turning like something out of a grade B movie. Looking back now, I realize it may well have been a reflection of my own thoughts and the emotional turbulence I was feeling over the decision I had just made. I prayed, continually, until we had descended and were on terra firma once again.

I had to fly several times over the years, mostly back and forth between Santa Fe and Minnesota when time was of the essence, but a few years ago I decided I would never fly again unless it was overseas where it's pretty much required. And that doesn't look like it will happen any time soon. I am not good at waiting and I am not good at being crammed into small spaces with many people and I am especially not good at having security wands circling around inside my skirt.

I have recently seen more than one reference to flying and how it feels to be amongst strangers with whom you're sharing this experience. It took me to a poem I recalled by Billy Collins, in which he talks about just this thing. I'm a big Billy Collins fan and it seems to fit. Plus, you know, I have this thing about poetry.

At the gate, I sit in a row of blue seats
with the possible company of my death,
this sprawling miscellany of people -
carry-on bags and paperbacks -

that could be gathered in a flash
into a band of pilgrims on the last open road.
Not that I think
if our plane crumpled into the mountain

we would all ascend together,
holding hands like a ring of skydivers,
into a sudden gasp of brightness,
or that there would be some common spot

for us to reunite to jubilize the moment,
some spaceless, pillarless Greece
where we could, at the count of three,
toss our ashes into the sunny air.

It's just that the way that man has his briefcase
so carefully arranged,
the way that girl is cooling her tea,
and the flow of the comb that woman

passes through her daughter's hair...
and when you consider the altitude,
the secret parts of the engines,
and all the hard water and the deep canyons below...

well, I just think it would be good if one of us
maybe stood up and said a few words,
or, so as not to involve the police,
as least quietly wrote something down. 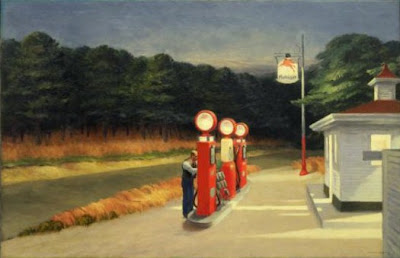 B & W image from Tumblr
Posted by Teresa Evangeline at 7:11 PM