To Indian Pow-wows and First Loves 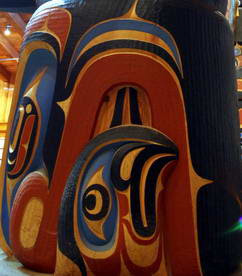 Up until the age of 13, I lived on a small farm between two small towns, here in Minnesota. The small town to the south of us was where we went to school. Most of our winter activities took place somewhere between house and town, sliding on Old Baldy, or ice-skating on Mud Lake. Some winters, we'd use the frozen pond that formed in the hollow of our yard, where my sister and I vied for our rightful place next to Peggy Fleming. In the summer there was swimming, riding our horses - sometimes with saddles, but usually bareback - and playing "Kick the Can" late into the evening, with our cousins who lived up the road. We spent most of our time outdoors.

When I was 8, our parents bought a small cafe in the town five miles to the north of us, called the Chat N Chew. That's correct (it's now defunct, but I know of others, including one in NW New Mexico, which I always passed en route to the canyons of Utah). We, "us kids," only went there occasionally, for dinner after church mostly, dinner being the noon meal. The evening meal was supper. The other event was Thursday evenings, which I'll get to in a minute. When I turned 12, this was where we spent many of our summer days. We met new friends to hang out with, and we swam. We'd hang our swimsuits to dry in the storage room behind the cafe, where they sometimes never even got dry before we put them back on in the afternoon and headed back down to the lake. We lived in the water for a good part of each summer.

Thursday evenings there was an Indian pow-wow, held as a tourist attraction, this being a town dependent on them. Remember, this was the early 1960's. It was an evening of running around with friends, acting like typical adolescents, stopping long enough to watch the pow-wow. A small group of drummers would sit in a circle in the middle, drum and sing, more of a chant, really, while the dancers moved in a circle around them. Some of the men wore spectacular feathered headdresses that captured my attention and my imagination. There was an elderly Indian woman  (quite possibly younger than I am now), who always wore a dark green dress with intricate beading at the neckline and along the sleeves. Jangly silver bugle beads circled her skirt, and real turtle shells hung from the hemline. Her dress mesmerized me. I wanted one.

These pow-wows were the highlight of my summer week. It was partly the pow-wow and partly because a boy named Billy was always there with his parents, both of whom were teachers at our school, ten miles to the south. They also owned a resort on a nearby lake, so they coordinated and emceed these evenings. I watched the dancing, while keeping an eye out for Billy. In the cloak room of our third grade, murmurings of marriage had taken place, and so I had daringly written in one of my reading books, "Teresa Enger + Billy," then, "Billy + Teresa," (just to keep things even in my mind) inside two hearts.  I kept an eye on him not out of serious expectation, although there may have been some of that, but because he was just so nice to look at: black hair, with a certain sadness in his dark brown eyes that I found mysterious and appealing. Ah, young love.

When I returned to school in the fall, Billy was not in class. He had moved away just before school started. I didn't know where, which left me feeling a bit adrift. My parents, unaware of my unrequited love, made vague references to Arizona. I didn't see him or hear anything about him for over thirty years.

Then, I read where his father, Bill, Sr., had written a book about his own growing-up years in northern Minnesota and I decided to buy copies for myself and members of my family who had expressed interest in it.  In a review of the book, I had read that he was teaching at a university in Idaho. So, I got brave and called him there. We had a very nice visit, remembering a bit of shared history and catching up on family. I inquired about Billy. He had never married, and was living out west, not too far from his parents. He spent his summers as a fisherman, on the Queen Charlotte Islands of northern British Columbia. 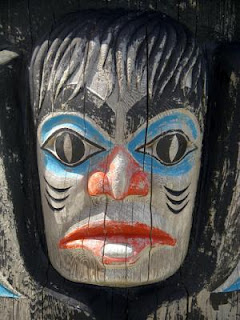 A week after our conversation I received the books I'd ordered, which I gave to my parents and other members of my family as Christmas gifts.

A few years ago, Bill, Sr. passed on while they were at their summer home in Bemidji, the town where I had graduated from college back in the '70's, and where Bill, Sr. had received his Bachelor's degree. When I heard the news, I sent a card to Billy's mom expressing my condolences and we began a correspondence, which culminated, two summers ago, in a plan to get together for lunch, along with my sister, Judy, while I was back from Santa Fe for a visit. We would meet in the same town where the pow-wows had been held, all those summers ago. She said Billy would be home from the Queen Charlotte's for a couple of weeks and would join us.

We planned to meet at a local church luncheon, put on during a celebration that had been held in this small town for as long as we could remember. When the big day arrived, I was a bit anxious. It had been over forty years since I had seen either of them.  But, the anxiety melted away, along with the years, as we sat down to lunch. During our visit, I told them how I had been at that same local church for a rummage sale a few years earlier, where they were selling a few old, "discarded" school books, readers for a younger age. I had recognized the blue cover of one and opened it up. There, on the inside cover, I had written, "Teresa Enger + Billy," then, "Billy + Teresa," inside two hearts. Needless to say, I bought the book and still have it to this day. We laughed as I recalled this, and marveled a bit at the way life moves sometimes. 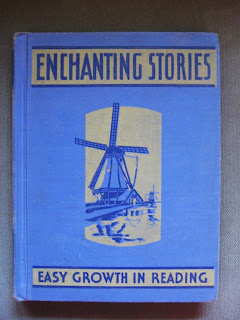 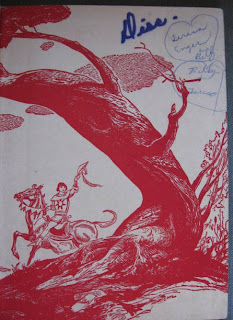 We talked only a little about the past. Mostly, we talked about the world we inhabit now. He told me about his life among the Haida Indians and the friendships that had grown during his summers there. His sensitivity to these native people - their creativity and their way of life - was apparent, and very inspiring. One had created a beautiful ring for him, which he took off to show me, then encouraged me to try it on. The simple workmanship was beautiful. It felt nice, like the energy from its creation was still very present. It was nice to know that throughout those years we had shared a deep appreciation for Native American culture, he on the islands of northern British Columbia, and I in the canyons of Utah.

No, this is not a silly love story, with a Notebook ending. It's waaay better. It's the story of a childhood friendship that had a chance to come full circle; it was a gift, for which I'm very grateful.

I spoke with his mother recently, and Billy is still spending a few weeks each summer on the Queen Charlotte Islands, fishing, among his Haida friends.

And we keep moving, down the river of life. 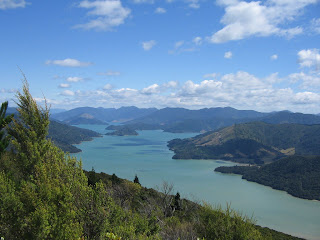 
The pictured artwork is from the Haida culture, both past and present, and is courtesy of  google, along with the final image of the islands. The reader is, of course, my own.

Posted by Teresa Evangeline at 5:28 PM